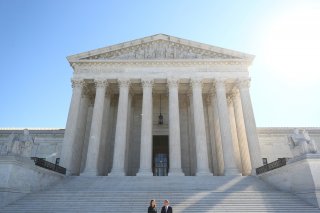 When medical doctors treat a patient’s symptoms and not the underlying disease, that is called “symptomatic treatment.”

Large corporations, in a push for racial diversity, have adopted a symptomatic-treatment approach by requiring the large law firms that they hire to put a certain number or percentage of racially diverse lawyers on their cases.

This is symptomatic treatment because it does not address underlying issues like why some racial minorities enroll in law school at lower rates than whites (Asians are an exception), why some pursue careers at large law firms at lower rates than whites, and why some spend less time at large law firms than whites.  These diversity requirements do nothing more than fix the racial makeup of a particular team of lawyers working on a specific matter for a limited time. They are not a cure for racial disparities.

They also likely violate the civil rights laws, but that is a question for another time.

Symptomatic treatment is a good option only if the treatment isn’t worse than the symptoms. For some minority lawyers working at large law firms, it is.

One minority lawyer friend of mine, who, concerned for her privacy wants to remain anonymous, shared her story of how this happens. She works at a large law firm working on corporate deals. Like all associates, she has certain preferences about what sort of matters she prefers to work on, and the partners and clients she prefers to work for. What ability she has to choose is valuable to her because it allows her to develop her career as she sees fit.

But recently, a large client, capable of sending hundreds of thousands of dollars of revenue to her firm in a single year, demanded that one of its matters be staffed with a certain number of minority lawyers. My friend was not interested in working on it, but the firm did not her give a choice. Because she filled the client’s quota, she lost whatever ability she had to choose her work preferences.

The result is that she has less control over her career. Even if she liked that client’s work, she lost control over her career when she lost the ability to choose. This loss of control may result in less interest in the work she is doing and less investment in it and in her position at the firm. She may feel like a token to be spent earning the firm the most lucrative matters it can get rather than a lawyer that the firm wants to see develop and flourish.

The saddest irony is that a minority lawyer in that position has an incentive to leave the firm, and so a policy designed to increase minority representation may encourage the opposite.

This is the story of one associate, but she is not the only one who has told me a similar one.

Anecdotes these may be, but each one is an individual that this symptomatic treatment should be helping. Are these client-demanded quotas intended to help minority associates?

It’s hard to see how they could be. At present, very few law firms can meet these client demands without forcing minority associates to work on their matters.

Clients argue that these measures will encourage law firms to hire more minority associates in the future. If that assumption were true, perhaps the clients would justify the harm that their demands cause to current minority associates as a short-term tradeoff for the long-term greater good.

But that argument rests on the faulty assumption that disparities at large law firms are the result of discriminatory hiring practices. There is no evidence for that. On the contrary, from public statements to diversity hiring programs, from outreach efforts at historically black colleges to intra-firm minority support groups and professional mentoring, these firms are trying hard to recruit and retain minority lawyers.

The problem is that these efforts are not yielding success.

The data show only minor progress over time, even though clients have been making diversity demands for nearly twenty years.

What’s more, there is no evidence that client demands are responsible for these minor changes instead of other potential causes like pre-law school outreach to minority students to encourage them to pursue legal careers, which is chronologically closer to the roots of the problem.

The root causes of racial disparities among law firm lawyers, whatever they are, occur before law firms make hiring decisions. Black law students, for example, accounted for only 7.9 percent of law school enrollees in 2019 and Hispanic students, 12.7 percent—less than either group’s percentage of the total U.S. population, which, one assumes, is the percentage that clients are targeting with their racial quotas.

All of this is to say that these client demands are not likely having any long-term positive effect on the racial statistics of law firms, but they do have immediate and detrimental effects on minority lawyers.

There is nothing insightful about this observation. That these racial quotas were likely to harm minority lawyers should have been obvious to clients the moment they first thought up this idea.

Still, the clients insisted on them anyway. The unfortunate conclusion is that they never had these lawyers’ best interests at heart. They pushed racial quotas to make themselves feel virtuous, and they made pawns of minority lawyers to do it.

GianCarlo Canaparo is a legal fellow in The Heritage Foundation’s Edwin Meese III Center for Legal and Judicial Studies.