How Corruption Can Taint the Gift of Sovereign Wealth Funds 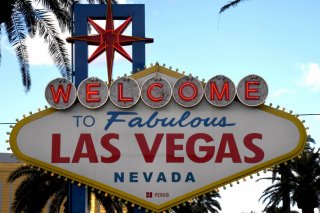 Editor’s note: This is the fourth and final article in a four-part series on American domestic sovereign wealth funds. You can read the other three parts here.

The School Trust Lands in Minnesota were created when Minnesota was admitted into the Union on May 11, 1858. The School Trust Lands are also known as the “Permanent School Fund.” The 1785 and 1787 Land Ordinance Acts, also identified as the Northwest Ordinances, were established to allow settlers to buy land in the new territories of the fledgling United States. These lands were to be divided into townships, with one section in each township set aside for the creation or support of a school. Upon Minnesota’s entry into the United States, the federal government granted the state of Minnesota sections sixteen and thirty-six of every township, for the of schools.

Some 8.1 million acres of land became known as the School Trust Lands, which have no shrunk to approximately 2.5 million acres. In addition to these lands, Minnesota also retains mineral rights to an additional 1 million acres. Today, when School Trust Lands are sold, the state of Minnesota retains the rights to the mineral deposits of those lands. The overall responsibility for the management of the Permanent Fund rests with the Minnesota Department of Natural Resources. At the end of 2019, the Permanent School Funds had a value of $1.5 billion. The Minnesota Permanent School Fund is not ranked by the Sovereign Wealth Fund Index (SWFI).

The Mississippi Public School Trust Land was formed when Mississippi was admitted to the Union in 1817. Congressional action called for the survey of land in the state and mandated that land be set aside for the use of funding schools in the new state. The Land Ordinance of 1785, along with the Land Ordinance of 1787, reserved the sixteenth section of land in any state joining the Union for the establishment and maintenance of public schools for the citizens of the new state.

One of the most detailed accounts of the Mississippi Permanent School Fund’s graft and corruption in the 1830s is “Alabama and Mississippi: A Case Study in School Trust Land Management” by John Morgan Maynes from Utah State University. According to Maynes,

…the permanent school fund also became the financial backing for Mississippi’s new Planter’s Bank. This was the first time that the state overlooked its fiduciary duty as trustee to provide benefits to schoolchildren. The legislature used the trust for its own benefit and not for the benefit of public schools by using the school trust resources to back its pet project. Funds were diverted from the Trust into loans for friends and relatives of the state legislature representatives and a great deal of money was lost to detriment of the children of Mississippi.

During the Civil War, the records of who had leased Common School Trust Lands were destroyed. The lessees then simply assumed ownership of these lands.

Nevada was made a state in October 1864. When Nevada entered the Union, under the Northwest Ordinances, it was granted land to fund its public schools. The Nevada Permanent Fund has a troubled history in lawsuits across several different versions of the fund. Nevada’s geography made the survey of the land given to the state by the federal government difficult, as some of the lands were in the desert and some in the middle of mountain ranges. Due to this difficulty, the U.S. Congress allowed for a revision of the land grant in Nevada in 1880. The Nevada Legislature was allowed to select more appropriate land for the benefit of the Nevada Permanent Fund. The new land came to 2 million acres. In 1926, Nevada again petitioned the U.S. Congress for an adjustment of the law and was able to exchange what it deemed worthless land for a more productive land suitable to meet its children’s educational needs.

Corruption and graft have dogged the land grant at the state level over the years. When Eben Rhoads, Nevada’s first State Treasurer, died in office, it became apparent that he had dipped into the School Fund by $200,000. In 1956, William B. Byrne was accused of selling Permanent School Fund lands at the price of $1.25 an acre, far below the market value in the municipality of Las Vegas. However, upon investigation, it was found that the records of the sale were missing and so no charges were brought.

South Dakota became a state on November 2, 1889. When South Dakota was admitted into the Union, the federal government granted the state 3.5 million acres of land. These are also known as the Common School Lands.

South Dakota School and Public Lands Fund is a government agency based in Pierre, South Dakota. The funds are invested by South Dakota Investment Council.

It is estimated that the fund is worth $222 million. It is not rated by the SWFI.

When Washington was admitted into the Union in 1889, the federal government granted the new state over 3 million acres of land. Unlike other states, Washington did not reserve the use of these lands specifically for the use of education. Washington Permanent Funds have also been used to fund the construction of prisons, institutions, and capitol buildings.

The fund also acquired a little over 620,000 acres of land through the non-payment of taxes, and from those lands simply being abandoned once the forests had been cut down. These lands were transferred to the Forest Board Lands.