How a Customer Service Rep. Saved a Marine Sniper in a Shootout 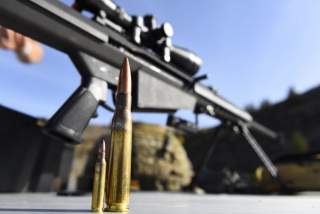