How the Democrats Will Pay for Impeaching Donald Trump 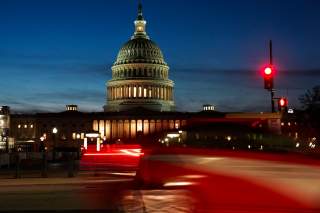 We can already conclude with certainty that Democrats have lost the impeachment fight against President Trump. The only question is how much of a political disaster this will be for the Democrats, and who will pay for the failure.

So far in the proceedings we’ve learned nothing new, nor are any revelations likely.

The spurious case remains the same as one that earned no Republican support in the House. It likely won’t earn a single Republican vote in the Senate either, where it would require twenty Republican votes and unanimous Democrat support to remove Trump.

The evidence presented in opening arguments, which are supposed to be stunning and convincing since they occur before the White House makes its defense, has been laborious, unconvincing, and repetitive.  No actual criminal offense has been plausibly articulated.

Ironically, the Democratic House chairmen at the heart of the effort, Adam Schiff and Jerrold Nadler, do not come across as quite the McCarthyite bullies they do when chairing House hearings. The Senate environ has made them less like parodies of acerbic, peak Baby Boomer lawyers, which is important since this is primarily a TV show.

But bullying has given way to insufferableness and charlatanism, with Schiff even lauding as “heroes” the unappealing bureaucrats who were House witnesses—the same deep state crybabies who thought they, not the elected president, determined foreign policy. We already know that these witnesses can’t close the deal with the public, even with ample help from the liberal media.

The real question is whether, amid failure, the public will make Democrats pay a price, or whether it doesn’t mind the opportunity cost of a sham trial that has seized the least popular branch of government for months.

Democrats are clearly nervous. In his opening dissertation, Schiff attempted to short circuit two conclusions that the public may draw from the proceedings: that the Biden family is corrupt and that Ukraine illegally interfered in the 2016 election. Schiff said both claims are “debunked” and part of an effort to distract from Trump’s alleged transgressions. In fact, Joe Biden’s son, Hunter, had no-show sinecures at a corrupt Ukrainian energy company and a private equity fund in China, both of which, many voters will conclude, sought and received favorable treatment from the U.S. government.

Then-Vice President Biden bragged that he got aid to Ukraine halted until a prosecutor investigating the Ukrainian company was fired, and he has been inexplicably soft on China.  Just last year, Biden said of China, “I mean, you know, they’re not bad folks, folks. But guess what, they’re not, they’re not competition for us.”

As for Ukraine, even though the mainstream media screeches that claim Kiev interfered in the 2016 election are ludicrous, none of the allegations first reported by Kenneth Vogel and David Stern have been faulted: Ukrainian officials colluded with Democratic operatives to smear Trump campaign staffers and aid Hillary Clinton. If Russia has rightly been made to pay for its unacceptable if picayune and ineffective intervention in the 2016 election, why not Ukraine?

But any future consequences for Kiev may pale in comparison to what the House Democrats face.

Ordinarily, Democrats should be sitting pretty. Even in elections when a president of the opposing party is reelected overwhelmingly—a likelihood this November given the roaring Trump economy—the House seldom switches hands. When Richard Nixon won 49 states in his 1972 reelection, Republicans only picked up twelve House seats. When Ronald Reagan was reelected in 1984 with a similar 49-state victory, the pickup for Republicans was sixteen seats. Neither election came close to flipping the House.

What about this November, when Republicans would need a net gain of at least eighteen seats to win the House? Democrats need to worry about the 80th Congress, one of only two led by Republicans in the Democrat-dominated period between President Herbert Hoover’s 1932 defeat and Speaker Newt Gingrich’s 1994 revolution. Democratic President Harry Truman capped Republican congressional rule at two years by running in 1948 against the “do-nothing” Congress.

Truman’s claim was mendacious since the 80th Congress was enormously consequential, passing the Marshall Plan, the National Security Act that created the Department of Defense and CIA, and the Taft-Hartley Act that broke unions’ monopoly on the supply of industrial labor. But today’s House of Representatives really has accomplished nothing, other than acquiescing to Trump’s triumphant replacement of NAFTA.

What can we predict of the fate of congressmen like Rep. Jason Crow (D-Colo.), who flipped a suburban Denver seat from Republican to Democratic hands in 2018? Before his election, he observed, “People in the community ask me about health care, immigration, affordable housing and jobs.” What exactly has his party done with the House to help average Americans with any of those issues? All he has to show is enraged resistance to Trump—Crow is one of the House impeachment managers—and he has failed at that.

The question is whether voters care about these down-ballot races. Even a mere decrease in progressive enthusiasm could doom Democrats like Crow.

Other consequences will befall the institution of Congress itself. The Democrats have now defined impeachment down to an impotent form of censure that can be levied when the House doesn’t like voters’ decisions in presidential elections. One idea to restore the previous order: make House leaders personally pay for all of the lawyers’ fees and wasted congressional salaries when they try and fail to remove a president.

Christian Whiton is a senior fellow for strategy and trade at the Center. He was a senior advisor in the George W. Bush and Donald J. Trump administrations. In the Trump administration, Whiton was a senior advisor for strategic communications at the State Department. He advised the new administration on public diplomacy, media, and East Asia issues. On the presidential transition, he served as an advisor to the Secretary of State, U.S. Ambassador to the United Nations, and ambassadors to Israel and Japan for their Senate confirmations.