How Did the Air Force Keep the SR-71 Spy Plane Secret? 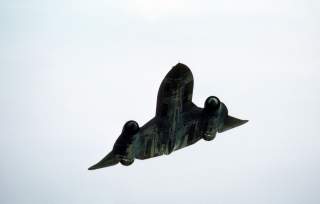 Key point: In a tightly-knit industry with overlapping suppliers of hardware and spare parts, word got around — and traveling vendors were often a source of grist for the rumor mill.

In a tightly-knit industry with overlapping suppliers of hardware and spare parts, word got around — and traveling vendors were often a source of grist for the rumor mill.

Pearson and his colleagues at North American Aviation were also aware that the Pentagon was pouring millions of dollars into developing the huge J-58 turbojet engine — of which the SR-71 fitted two.

The “Thunderchief” claim was an elaborate cover story. But by July, Robert Hotz — longtime editor of Aviation Week and a former bomber pilot during World War II — “indicated his awareness of developments at Burbank.”

And in November, a Los Angeles Times reporter began making phone calls to engine maker Westinghouse, asking questions about CIA involvement in a secret project in “the desert.” The Fontana Herald News ran an article in November “speculating about a ‘super secret project site.’”