How Did Donald Trump Become POTUS? The 1920s Explain It All. 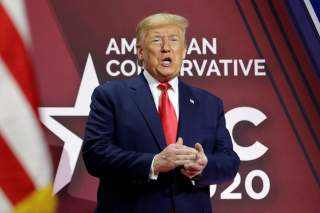 The day after the US midterm elections in 2018, Paul Krugman wrote in the New York Times about the opposition between a “real America”, representing urban, diverse and educated in the House and a “Senate America,” mostly white, rural and uneducated. With this blunt remark, Krugman challenged the democratic nature of the the American legislative branch of government established by article 1 of the US Constitution 200 years ago. As the United States moves toward the 2020 presidential elections, to be held in November, the divide has only deepened.

This democratic deficit is nothing new but the deepening of the geographical racial, gender educational divisions has made it more acute, especially since the 2016 elections (here, here, here or here). Regarding these divisions, today’s America is a lot like the America of 1920s. After all, the “roaring ‘20s” were also the “tribal '20s.”

The fear of a foreign and threatening “Other”

Back then, just like today, rapid change in society was a prime reason for the tension – the most critical change having to do with demography and ethnicity. These changes bring back to the surface America’s original sin: a nation defined exclusively in terms of whiteness, which explains why immigration is such a hot divisive issue. Today, the fear of immigration focuses on hispanics. In the 1920s, it was centered on Southern and Eastern Europeans.

In both cases, it is fed by a rhetoric of fear of invasion of an external “other” who might threaten the very existence of the national community – the bolsheviks and the anarchists in the 1920s (let’s not forget the first Red Scare or the Palmer Reds); the gang member (MS13) and the terrorist today. Either way, immigrants are always depicted as criminals. In the 1920s, the Italians were “blamed for driving up the crime rate”. Today, it is the Mexicans or Central Americans. This type of rhetoric hits a raw nerve in homogeneous communities who are less exposed to diversity and more easily fantasise about it.

It is not without political consequences. In 1924, the most restrictive immigration law (the Johnson–Reed Act) was signed by President Hoover. In 2018, the birthright citizenship guaranteed by the 14th amendment to the US Constitution is being challenged by the president with the threat of an executive order. More than economics, immigration is the reason why the white working class vote shifted toward Trump.

The rise of racist rhetoric

Similar to the 1920s, but thankfully to a lesser degree, this fear of immigration has fueled the rise of xenophobic, racist and anti-semite forms of expression.

The hundreds of White Supremacists who protested in Charlottesville in August, 2017 and again in Washington D.C. a year later have been the most visible ones, even if they pale in comparison to the 50,000 Ku Klux Klan demonstrator who paraded through the streets of Washington in 1925. Yesterday’s KKK and today’s white nationalists have something in common: they both try to redefine what it means to be an American by using a rhetoric of exclusion while claiming ownership through patriotic symbols.

The 1920s were also characterised by the divide between modernists and traditionalists that presaged today’s culture war.

The hot button issues like the prohibition, evolution and sexual freedom are echoed in today’s debates over gun rights, climate change and the role of religion in society. Then, as now, these issues demonstrate a similar tension between a more conservative, whiter and more patriarchal society on the one hand, and the construction of a more open, diverse and progressive society on the other. So it is not surprising that in both eras, the tension also centers on the role of women, religion, minorities and the role of science. Those divisions seem to be neatly divided along the traditional geographic fault lines separating the rural from the urban areas, today as in the past. Certainly from an economic standpoint, rapid change spurred by technological advances has had dire consequences on the more traditional sectors: the farming and mining industries in the 1920s, steel, textile, coal and manufacturing today.

The analogy with the 1920s also extends to politics. For instance, the 1928 elections, just like the 2016 and 2018 elections, were notable for the electoral divide between urban and rural areas. Also, there are a number of similarities between President Herbert Hoover and President Donald Trump:

Both have supported protectionist measures: Hoover raised tariffs on agricultural products (the Hawley-Smoot Act) despite the overall condemnation of economists and members of his own party, while Trump took similar measures on metal tariffs, causing great consternation in his own party. In the 1930s, the trade war with Europe that followed worsened the economic depression.

Trump’s immigration rhetoric carries echoes of Hoover, as well. Hoover promised “American jobs for real Americans” As a result, he implemented a program of “Repatriation of Persons of Mexican Ancestry” that resulted in the deportation of almost 2 million people, many of whom were American-born.

Lastly, Trump and Hoover were both outsiders who have been the “only career businessmen ever elected to the presidency” They governed alone by sweeping away past doctrines, and shattering the ideological consensus. For political scientists Stephen Skowronek, Hoover belongs to the category of presidents who signal the end of a political cycle. It is the failure of their presidency that makes room for the coming of a new kind of presidents who can reconstruct a new cycle by establishing new ideological foundations. Hoover did fail to manage the aftermath of the economic crash in 1929 and he was followed by Franklin Delano Roosevelt and 35 years of more or less consensus around New Deal policies. Similarly, President Jimmy Carter is remembered for his failed presidency. He was succeeded by Reagan and his conservative “revolution” that impacted his successors for the next 30 years. According to Stephen Skowronek, Donald Trump is one of these failed presidents.

A crisis to come?

Some might object, maybe rightfully, that, from an economic perspective, Trump’s presidency is a success: the United States has strong growth and low unemployment. Yet some believe “we should prepare for economic disruption” partly because of the prospects of a trade war. Others, at J.P. Morgan or in the business world, see the looming of an economic crisis, maybe even before the end of Donald Trump’s term. Thomas Piketty has shown that inequality has reached levels not seen since the late 1920s.

Recently, The Economist warned that “toxic politics and constrained central banks could make the next downturn hard to escape.” And the New York Times sees a recession as a “likely possibility.”

Some economists even believe the crisis has already begun and could be worse than 2008. If that is the case, Trump’s inability to heed the advice of experts, especially in a context of trade wars, low interest rates and massive debt, will likely leave him unable to properly respond.

President Trump may also willingly or unwillingly create another crisis of his own – constitutional, military, diplomatique or otherwise. His subversion of democratic norms may have serious enough consequences to bring forth a new political regime.

This doom-like scenario may not happen. Historical comparisons have their limits and history never repeats itself the same way. Today’s American society is more diversified and open than in the 1920s. The world is also more connected.

The only thing we can conclude for certain is that Donald Trump is more the symptom than the cause of the current political and societal tension (here, here, here and here). As Barack Obama also admitted, leaders like Trump emerge in a context of deep change and swift transition toward a world whose shape remains obscure.