How Do America and China's Newest Nuclear Missile Submarines Compare? 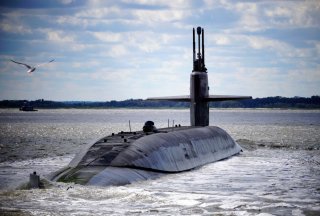 While there is likely little known about the exact technological make-up of the emerging Chinese Jin-class SSBN, it might not rival the emerging U.S. Columbia-class submarine. After all, the new, now-in-development Columbia class may be the quietest undersea boat ever to exist. It uses a quiet, efficient electric-drive and a differently configured X-shaped stern, among other technologies.

What is known about the Chinese Jin-class is that it will be armed with the extremely lethal, 5,600 mile range nuclear-armed ballistic JL-3 missiles, according to a May 2020 Congressional Research Service Report called “China Naval Modernization: Implications for U.S. Navy Capabilities.” Moreover, a  2018 CSIS report states the Chinese have already test-fired the weapon which, by any estimation, could easily hold the continental U.S. at great risk.