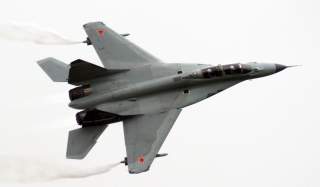 Key point: Given the considerable improvements that it inherits from prior variants, it is difficult to see how the MiG-35 revolutionizes Russia’s aircraft roster.