How Does the Social Security Trust Fund Work? 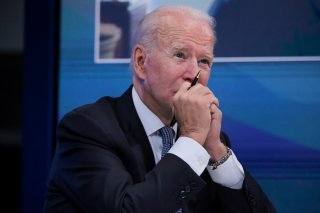 Since its 1935 founding, the Social Security Administration has been responsible for paying retirement benefits out to all retired Americans above a certain age threshold. While the age threshold has been adjusted, and the benefit amount’s real value has increased and decreased periodically, the mechanism through which the money is stored and paid out has remained more or less the same.

Social Security is managed through two federal trust funds—the Old Age and Survivors Insurance and Disability Insurance funds. These two funds are nominally independent from each other, but because the Social Security Administration handles both, they are often lumped together and described as the “Social Security trust fund.” All revenue collected by the federal government from payroll taxes is deposited in these trust funds, and all benefits that are made by the administration are paid out from them.

Social Security has long been intended to be a “pay as you go” model, whereby benefits for seniors would be paid for through the same year’s taxes on working Americans. Those Americans, in turn, would have their benefits paid for by the younger generation, turning Social Security into a generational transfer of wealth. However, for many years, the administration was able to collect more in taxes than it was obliged to pay out in benefits; the agency chose to invest the difference in a trust fund over time, in case taxes could not cover benefits in the future. The money collected in the trust fund has been invested in government bonds, allowing other parts of the government to use the funds while still being obliged to pay them back in time for benefits to be sent out.

At its peak, the combined Social Security trust funds accumulated nearly $3 trillion in reserves. However, this number is decreasing; owed benefits now outweigh revenue, and the administration must dip into the trust fund to cover the shortfall. At the current rate, the trust fund will be exhausted around the year 2035. Meanwhile, ongoing revenue collection means that benefits will still continue and the Social Security Administration will be obliged to cut them by 20 percent to remain solvent. It is virtually certain, however, that 20 percent of Social Security benefits will not be cut overnight; instead, it is far more likely that legislators on Capitol Hill will raise Social Security taxes and possibly cut a more modest level of benefits before this happens.