How Emerging Technologies are Shaping the Future of Army Warfare 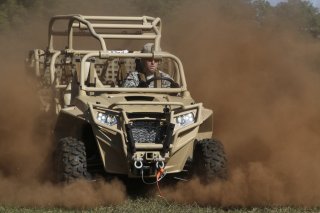 The Army has been vigorously pursuing emerging technologies that allow its weapons to perform new technological tasks such as conducting an attack based on integrated instructions using artificial intelligence that drives computer processing and data analysis. As a result, many modern weapons systems are generating breakthrough levels of success.

This new breakthrough Army data-management and analysis technology can integrate and analyze otherwise disparate sources of time-sensitive warfare data into a single, comprehensive picture for military officials to examine before making combat decisions. One particularly promising Army program that is under development is known as Tactical Intelligence Targeting Access Node (TITAN). The TITAN program advances this paradigm by operating as a real-time “gateway” analysis tool capable of receiving and interpreting input from a wide sphere of otherwise disconnected nodes such as radio, radar, electro-optical infrared cameras, and electronic warfare systems.

“TITAN is built upon an infrastructure that can leverage any data source, with a clear and open application programming interface and a well-defined way to extract data from disparate sensors. TITAN aggregates sensor data with imagery and information-processing algorithms,” according to Mark Kitz, the Army’s program executive officer for intelligence, electronic warfare and sensors.

Kirtz described TITAN as a technology capable of “processing data at the edge” of combat for warfighters to sift through, identify and organize otherwise disconnected streams of incoming information. It will have many potential applications and be built into a variety of platforms such as the Army’s Family of Medium Tactical Vehicles and Joint Light Tactical Vehicles. Additionally, the military service is now experimenting with TITAN prototyping on board a fixed-wing aircraft.

“Partnering with the G2 (Army Intelligence) and PEO Aviation, we are exploring how we do long-range sensing from the aerial tier,” Kitz said. “We are doing experimentation on a jet platform using different sensor modalities and different data types ingested by TITAN.”