How to Ensure the Anti-Coronavirus Stimulus Helps Working Americans 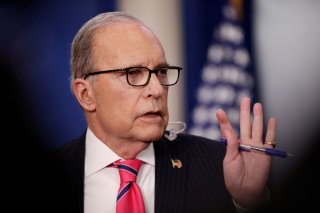 In trying to help Americans most affected by the coronavirus, it’s right to target assistance on those who are laid off in this crisis. As my AEI colleague Andrew Biggs recently described, putting more money in the hands of people who lost their primary source of income would increase help for those most pressed in paying their rent and other bills, as well as for their local economy. But as we learned from the response to the Great Recession of 2007-09, how we implement such efforts matters, too.

In early 2009, Congress enacted a massive stimulus plan in response to the Great Recession. This plan included some of the same sorts of extra assistance for individuals and families just signed into law and that are being discussed for the coming “stimulus 3” bill in response to the coronavirus. Those 2009 policies included providing “Federal Additional Compensation” (FAC), a flat $25 increase in all unemployment insurance (UI) benefit checks, paid for with federal funds. The FAC program operated through the end of 2010.

Adding a flat amount to a current benefit sounds simple, right? But just like we are seeing now with limits on how fast the federal government could send stimulus checks to everyone, states that run the UI system found administering FAC to be more far more complicated in reality than in the theory of federal lawmakers. Here’s what a Department of Labor press release said after FAC was enacted in February 2009: “States are modifying their automated benefit payment systems to implement FAC. Many states will begin to make payments during the week of March 1, 2009, for weeks of unemployment effective Feb. 22, 2009. However, due to the complexity of changing automated systems, some states have advised that they may implement later, making payments retroactively.”

That’s putting it lightly. Actually implementing the $25 FAC add-on proved enormously challenging, at precisely the time when state agencies were dealing with unprecedented claims for regular UI benefits. A 2013 review by the respected Upjohn Institute summarized the experience after FAC ended:

“Most states’ IT benefits systems lack the flexibility to easily accommodate a simple-seeming add-on payment like the FAC. To implement the FAC provision in a short time frame, most states had to develop a separate computer program or even a separate payment system outside the main IT benefits system, or to pursue a manual payment process. Programming this new payment type into the existing benefits program (or system) was either impossible or would have resulted in great delays…To sum up, while several state officials noted that claimants benefited from the additional financial resources of the FAC, these benefits must be lined up against significant administrative costs. Most states reported that it was grossly inefficient to deliver these additional resources to claimants through an add-on payment, with costs spilling over to both claimants and program administration, including costs not accounted for here that resulted when states had to divert resources from other UI activities to handle FAC administration.”

As I previously reviewed, FAC rules also contributed to later reductions in the number of weeks of regular UI benefits paid, which continues to today in a number of states.

We are already seeing some state UI programs buckle under the surge of new claimants as coronavirus-induced layoffs begin and will no doubt accelerate. Initial UI claims reported yesterday (for the week ending last Saturday) are already up sharply. And that’s likely just a fraction of the spike to come. In the weeks ahead, state UI agencies will be sorely pressed by the administrative challenges of responding to that surge. The experience from the last recession suggests Congress shouldn’t make those challenges worse by mandating a one-size fits all federal add-on like FAC alongside every UI check.

Instead, if Congress wishes to increase help for the unemployed, it could look to the legislative response to the 2001 recession and terrorist attacks. Among other policies, the federal government in early 2002 provided all states a share of $8 billion in federal UI funds they could use to support increased UI benefit payments, among other uses. In the wake of a relatively mild recession, the nonpartisan Government Accountability Office found few states used that money to increase benefits. This time might be different, and Congress could also target any such special funds more narrowly toward benefit increases, while letting states determine the most efficient way to actually deliver on that promise during this crisis.

This article by Matt Weidinger first appeared in 2020  on the AEI Ideas blog.