How F-22s Would Wage War Against China 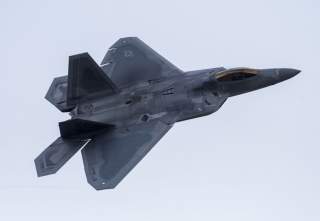