How the F-35A Stealth Fighter Could Be Made Even Better 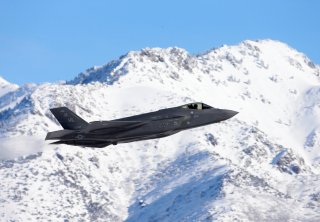 While the F-35A is arguably the most capable fifth-generation aircraft in existence, the U.S. Air Force wants to make it even better.

The Air Force, one of the largest single operators of the F-35A variant, wants to upgrade the platform’s engines. In a recently released tender, America’s flying branch explained that it is looking for a company to build an upgraded engine.

“Responses to this research will aid in the determination of the market’s ability in delivering a complete propulsion system … that can be fully integrated into the F-35A weapon system in order to meet propulsion and aircraft production delivery schedules,” the Air Force engine replacement tender explained.

“The objective of the FAER Program is to fulfill the Engineering and Manufacturing Development phase of the Adaptive Engine Transition Program (AETP).”

Airplanes use a variety of engines that are precisely designed for specific applications. While commercial airline engines are meant to sip gas during long-haul travel to maximize profitability, military transport jets give cargo airplanes enough thrust to carry heavy equipment. On the other hand, fighter jet engines maximize speed and acceleration performance with less regard for fuel costs.

Adaptive cycle engines, by contrast, are meant to maximize performance in a variety of scenarios, allowing a jet to accelerate quickly and fly at high speeds at various altitudes while still preserving fuel.

Like an off-road vehicle’s multiple terrain modes, an adaptive jet engine can be operated in a high-performance, high-thrust mode when in combat and a lower-performance, fuel preserving mode when on patrol or low on fuel.

The engines don’t just provide better mileage, however. Some adaptive cycle engines can provide significantly improved thrust in addition to their superior range.

Although the recent Air Force tender covers only their conventional takeoff and landing F-35 variant, adaptive engines could be developed for the entire gamut of F-35 fighters. The capabilities offered by these engines would be particularly useful for the Navy and the Marine Corps.

Marine and Navy pilots fly F-35Bs and F-35Cs from Navy aircraft carriers, and while the F-35C can carry more fuel and has a greater range than the other variants, the F-35B has less internal space for fuel and therefore less range than its two counterparts.

With this in mind, finding a replacement engine for the F-35 fleet will be more complicated than simply designing a single new adaptive cycle engine and swapping it across the board. Any new engine option must also be compatible with the F-35B, which would require a modification to the baseline design.

Despite the technical hurdles, developing and fielding an adaptive cycle engine for the F-35 fleet would aid both range and performance. And it seems that the Air Force will lead the way.