How Fast Could the Navy Build More Aircraft Carriers? 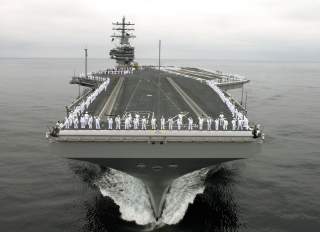 For as the Pentagon wonders whether its recent doubling-down on bigger, more expensive super-carriers was wise, a more modest outlay for supplementing them may not be so crazy.