How History Proves Cheap Diesel Submarines Can Take on Any Navy 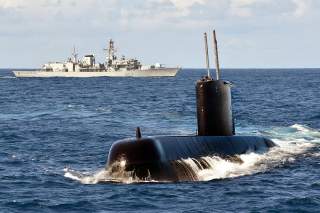