How Iran Would Fight a War Against America 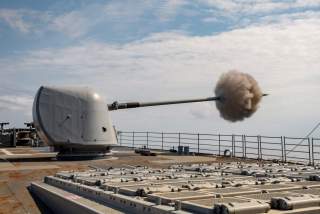 Tehran, while not trying to create an empire of sorts throughout the Middle East, as some have offered, certainly seems focused on expanding its regional interests and influence—as any power on the rise would naturally seek to do. The natural defense of such interests could, by default, turn Iran into the Middle East’s new regional hegemon. Look far and wide into the soul of U.S. diplomats, and that is the real fear (and a shared one among Washington’s allies in the region). While many in the Middle East and beyond fear Iran’s possible nuclear aspirations, such weapons are only a part of a much bigger geostrategic challenge.