How Iran Would Unleash an 'All Out War': Lots of Missiles 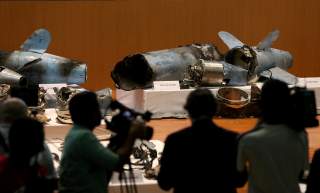 Key Point: Iran’s interest in ballistic missiles has its origins in the 1980–88 Iran-Iraq War.

Like the rest of the Iranian Armed Forces, the Iranian Air Force was crippled by postrevolution purges. Although numerically and technologically superior to the Iraqi Air Force, Iran was unable to achieve air superiority and unable to accurately strike targets deep within Iraq.

Kyle Mizokami is a defense and national-security writer based in San Francisco who has appeared in the Diplomat, Foreign Policy, War is Boring and the Daily Beast. In 2009 he cofounded the defense and security blog Japan Security Watch. You can follow him on Twitter: @KyleMizokami. This first appeared back in 2017 and is being reposted due to reader interest.