How Israel and Morocco Have Embraced the Abraham Accords 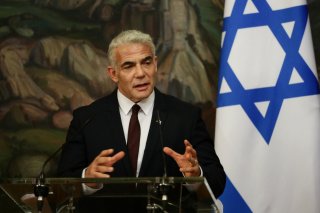 September 15, 2021, marks the first anniversary of the signing of the Abraham Accords, the series of historic peace deals brokered by the Trump administration that normalized Israeli relations with the United Arab Emirates, Bahrain, Sudan, and Morocco. Named after the father of the monotheistic religions that were founded in the Middle East—Judaism, Christianity, and Islam—the joint agreement strives to achieve regional stability and economic integration. The signing of the accords was monumental, as it manifested the first time an Arab country agreed to have full diplomatic relations with Israel since 1979. Although every participant of the historic agreement has witnessed progression in terms of economic cooperation and normalization with Israel, Morocco stands out.

Home to the largest number of Jews in the Arab world, Morocco has always been intrinsically linked to Israel. Today, over a million Israelis have direct roots in Morocco and celebrate their ties to the North African country nearly 2,000 miles away. Moroccan-Israeli cooperation stems unofficially to 1961, the year King Hassan II took power in Rabat. At this time, Israeli officials were able to cultivate a relationship with the king after uncovering a plot designed by an opposition leader to overthrow him. The relationship Hassan forged with the Jewish state would initiate the clandestine cooperation the two countries would continue to utilize for decades.

Leading up to the 1967 Six-Day War, information-sharing and surveillance technology transfers between Morocco and Israel placed the Jewish state in a superior position for the looming combat. Rabat’s officials allowed the Mossad to bug the meetings between Arab military commanders in Casablanca in 1965, tipping off Israel with valuable intelligence. About a decade later in 1976, Morocco would play a crucial role in promoting dialogue between Egypt and Israel in the lead up to the Camp David Accords.

Although Moroccan-Israeli ties were on an upward trajectory near the end of the twentieth century, cooperation between the two countries was halted by 2000. Hassan, who had been a friend to Israel, died in 1999. The king’s death the failure of the Camp David peace conference, and the emergence of the second intifada in Israel all contributed to the loosening of ties between the two countries.

Despite the cooling of relations between Morocco and Israel post-2000, cultural exchanges over the years have allowed informal ties between the countries to continue. Morocco’s pride in its Jewish legacy and commitment to restoring Jewish cemeteries, synagogues, and artifacts combined with Israel’s substantial Moroccan-Jewish community have enabled a symbolic relationship.

Last year’s founding of the Abraham Accords has allowed more than a cultural connection to bridge Morocco and Israel. In addition to reinstating diplomatic ties under a formal lens for the first time, the agreement has supported commercial, bilateral, and cultural exchanges to flourish between the two countries. According to the Regional Cooperation Ministry and the Israel Export Institute, the diplomatic channels set up by the Abraham Accords could allow the export potential from Israel to Morocco to reach $250 million annually. Additionally, the two countries have signed agreements on aviation, water, tourism, and finance. Israel also has launched its first commercial direct flights to Morocco.

The regional stability and cooperative growth that has resulted from the Abraham Accords’ first year should be celebrated. In particular, Morocco and Israel are on a mutually beneficial path that will likely be strengthened as long as the agreement is recognized by the Biden administration as a success.