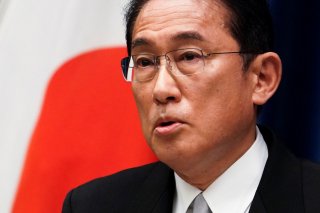 Fumio Kishida, Japan’s longest-serving minister of foreign affairs, has been officially elected as the country’s prime minister, signaling continuity in Japanese diplomacy in the Asia Pacific. In his campaign for the Liberal Democratic Party (LDP) leadership race, Kishida triumphed over the right wing of the party—a faction that advocated for a more hawkish foreign policy towards China. However, his popularity will be put to the test on October 31, when the country will hold its general election.

Kishida remains a leading figure of the LDP’s “Kochikai” faction, an influential wing created by former Japanese prime minister Ikeda Hayato, who oversaw Japan’s remarkable postwar economic recovery. In short, the faction’s political philosophy prioritized postwar economic recovery over rearmament, and in line with the Kochikai’s political ideology, Kishida has pledged to pursue a “humane diplomacy” that relies on Japan’s constitution, the country’s defense forces, and its relations with the United States. Against this background, Kishida’s China policy will likely mirror the Japanese establishment’s traditional diplomatic and non-military approach to mitigating regional challenges.

With his cabinet in place, Kishida is signaling to Japan’s allies and adversaries that there will be continuity in the country’s security and foreign policies. Despite reshuffling nearly the entirety of his cabinet, the newly elected prime minister has retained the previous government’s foreign and defense ministers. Foreign Minister Toshimitsu Motegi, the leader of the LDP’s traditionally pro-China wing, and Defense Minister Nobuo Kishi, a long-time supporter of Taiwan, will establish balance within the country’s foreign policy apparatus.

Moving forward, under a Kishida cabinet, Japan will attempt to strengthen bilateral relations with Washington and continue to advocate for “free and open Indo-Pacific” (FOIP), a diplomatic vision introduced by former Prime Minister Shinzo Abe. In this regard, one can expect a more active Japanese role in the Quadrilateral Security Dialogue (commonly known as the Quad), a strategic grouping that consists of the United States, Japan, India, and Australia. Taken together, forging closer ties with Washington, and helping form regional alliances will be coordinated steps taken to counterbalance China’s rising primacy in East Asia.

On the other hand, Japan has long maintained a pragmatic policy vis-à-vis the People’s Republic of China (PRC), one that separates geopolitical and security concerns about an ascendant China from the desire for closer economic relations and diplomatic engagement with Beijing. For example, Tokyo has refrained from taking concrete measures against China’s policies in Hong Kong and the Xinjiang region. Instead, Japan has strengthened its economic ties with China. In 2020, China replaced the United States as the top importer of Japanese goods, consuming more than 20 percent of Japanese exports. Amid the need to boost Japan’s post-COVID economic recovery, Kishida will need to maintain trade ties with China, following in the footsteps of Kochikai-affiliated predecessors who favored a strong economic relationship between the two countries. To this end, Kishida will likely continue to hold summits with Chinese officials. In fact, Kishida’s prudent approach towards China has been positively received in Beijing. In response to his election as prime minister, the Chinese Communist Party’s flagship newspaper, The Global Times, published an editorial expressing hope that Kishida “won’t push China-Japan relations toward hostility.”

So far, Japan has not joined security arrangements aimed at containing China. Even the Quad, an initiative long championed by Japan, has effectively functioned as a political forum, serving to strengthen member states’ soft power vis-à-vis a more assertive China. In one recent initiative, the Quad helped boost India’s vaccine diplomacy to offset China’s high vaccine exports. As of today, the Quad has not yet functioned as a military alliance. In contrast, the United States joined hands with the United Kingdom and Australia (AUKUS) to push forward with its military containment of China. In other words, there is little expectation that Tokyo would substantially boost its military capabilities to confront Beijing.

However, on security policy, the ground is shifting, and Japan is becoming more proactive in its approach towards China. Despite his U.S.-centric diplomatic philosophy, Kishida has historically maintained a calm and pragmatic posture toward Beijing—that is no longer the case. With the PRC becoming more assertive in the region, and Washington establishing new alliance networks to help contain it, Japanese public opinion has also geared towards mistrust and skepticism of China. In an annual poll held in late 2020, 89.7 percent of Japanese respondents stated that they had negative views on China, an increase of 5 percent from the previous year. This shift in public opinion partly explains Kishida’s more hawkish tone on China amid the LDP’s leadership race.

Nonetheless, in addition to rhetoric, Kishida is expected to enact more concrete measures against China. Kishida expressed his general support for Taiwan and was skeptical of China joining the Comprehensive and Progressive Agreement for Trans-Pacific Partnership (CPTPP). Furthermore, he has promised to appoint a special advisor on human rights, and more importantly, has indicated that Japan needs to “to acquire the capabilities to strike enemy missile bases to prevent an imminent attack.” Within Kishida’s cabinet, both foreign and defense ministers are in favor of strengthening multilateral arrangements to counterbalance China.

Nevertheless, Japan will likely continue to separate these security concerns from its economic relations, and amid China’s post-Covid-19 recovery, resist decoupling from Beijing. While Tokyo will try to avoid overdependence on Chinese exports, Japan cannot afford to overlook China’s status as both a vital manufacturing hub and a vast market for its high-tech exports. Decisionmakers in Tokyo have taken note of how Beijing punished Seoul over the deployment of U.S. Terminal High Altitude Area Defense (THAAD) missiles in South Korea, costing South Korean firms billions of dollars.

In light of these realities, Tokyo is expected to pursue selective competition and selective engagement, ratcheting up its defensive capabilities amid the rising U.S.-China rivalry and more turbulent China-Taiwan relations while keeping lines of communication open and sustaining bilateral trade relations. And regardless of the level of economic integration with China, Tokyo will most likely employ harsher rhetoric on Beijing’s human rights violations and regional policies, if only to placate its own public opinion. Only time will tell whether Tokyo’s delicate balancing act in the Asia-Pacific can survive the region’s rising great power tensions.

Pouyan Kimiayjan is a Research Associate at the Institute for Peace & Diplomacy. He writes op-eds and policy briefs, hosts expert panels, and provides foreign policy analysis to various media outlets, including for The Hill Times, an Ottawa-based newspaper. Pouyan’s research mainly concerns Canadian foreign policy in the Asia Pacific, West Asia, and Europe.