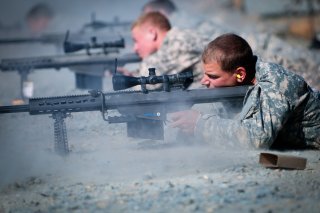 Key point: Variations of the M82, or copycats of it, are used around the world.