How Many Foreign-Born Immigrants Really Do End up in Jail? 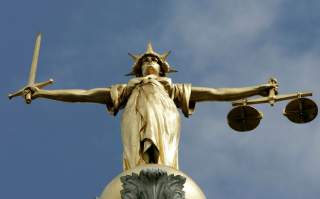 It’s important to understand how immigrants affect crime in their new countries. However, crime data across countries are hard to come by and even harder to compare as laws vary significantly between jurisdictions, different countries have radically different criminal justice systems, and many countries don’t systematically publish incarceration data that identify the foreign‐​born population.

Fortunately, a wonderful new book entitled Does Immigration Increase Crime? By Francesco Fasani, Giovanni Mastrobuoni, Emily G. Owens, and Paolo Pinotti includes a figure that helps tremendously. Figure 1 below is an updated version of their figure 1.7 on page 18 of their book. It shows the foreign‐​born share of the population across 20 OECD countries compared to the foreign‐​born share of the prison populations in those countries. The prisoner data come from the Centre for Prison Studies and the population data from the OECD. Figure 1 uses the most updated data for both with no other controls.

My biggest concern with these numbers is data quality. The Centre for Prison Studies gathers the data from multiple different sources in different countries, so I can’t verify whether they are of good quality. Additionally, the share of the population incarcerated is just one measure of criminality and should be considered alongside others. Regardless, the figures above, inspired by Does Immigration Increase Crime?, shed some light on this important topic.