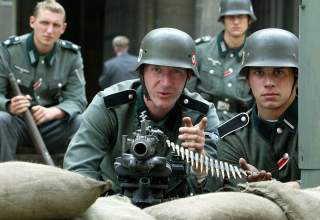 Even if Hitler had invaded western Poland and only annexed the territories that Germany lost to Poland in the Treaty of Versailles, and immediately pulled German troops out of the rest of Poland, then Britain and France might well have accepted his subsequent peace offer of October 1939. Since Hitler had unsuccessfully tried to get Poland to ally with Germany from 1934–1939, and since he had included a commitment to an independent Polish state in nearly all of his peace offers to the Allies from 1939–1941, he should have then demonstrated his sincere desire for peace with Britain and France by granting Polish independence himself. One of Hitler’s biggest mistakes was that he never followed through on his legitimate peace proposals with Britain and France by taking unilateral action to show they were serious. Instead, he waited until the worst possible moment for the Germans when he opted to spare the British Expeditionary Force at Dunkirk.

The next installment of this series will focus on the importance of Hitler waiting to risk war with Britain and France until the German Army was fully ready for war.

David T. Pyne, Esq. is a former U.S. Army combat arms and H.Q. staff officer with an M.A. in National Security Studies from Georgetown University. He currently serves as a Vice President of the Association of the United States Army’s Utah Chapter and as Utah Director of the EMP Task Force on National and Homeland Security. He can be reached at [email protected]