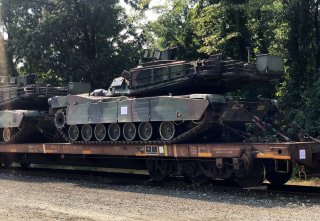 In his newest book, Exercise of Power, former Secretary of Defense Robert Gates decries the erosion of the civilian foreign policy agencies and calls for their revitalization. “…[I]n Iraq, Afghanistan, Somalia, Haiti, and other places, there were far too few State Department and USAID personnel, while the military had the overwhelming preponderance of resources. As a result, men and women in uniform often were assigned to execute tasks that were civilian in nature and for which they were not trained.”

A dozen years ago, Gates had warned of the “creeping ‘militarization’ of some aspects of America’s foreign policy.” Chairman of the Joint Chiefs of Staff, Admiral Mike Mullen, echoed the same point in 2010, “U.S. foreign policy is still too dominated by the military, too dependent on the generals and admirals who lead our overseas major commands. It’s one thing to be able and willing to serve as emergency responders, quite another to always have to be the fire chief.”

The simplest explanation for military dominance is that the Pentagon has more money, and therefore more people, equipment, training, and other capabilities. That’s undeniable. Since the Eisenhower administration, defense spending has ranged between twelve and eighteen times what the U.S. government spent on “international affairs,” the budget function for diplomacy and embassy operations, military aid, development assistance, contributions to international organizations, and promotion of U.S. agricultural exports.

A notable exception was just before the Korean war, when the Truman administration’s budget for international affairs was over half the Pentagon budget in 1948 (50.1%) and almost that figure in 1947 and 1949.

Defense wins out because of public support—for the U.S. military, for the jobs it creates across the country, for the threats that seem most significant. The U.S. military ranks at the top of U.S. governmental institutions in terms of prestige and public approval, where it has been for many years. Spending for the State Department and other civilian foreign policy activities is so unpopular in Congress that it hasn’t passed a foreign aid authorization bill since 1986 or a State Department authorization bill since 2002. The foreign policy appropriations bill always has to be packaged with other measures like veterans programs in order to prevent defeat.

The Pentagon also gets privileged treatment by Congress because of the National Defense Authorization bill (NDAA). The NDAA process got started in 1959 because of a power grab. Senator Richard Russell, longtime chairman of the Senate Armed Services Committee, didn’t like the way the Appropriations Committee handled defense spending. The appropriators were penny pinchers on most government programs. They accepted the Eisenhower Administration’s flat defense budgets. Russell was joined by hawkish Democrats planning to run for president in 1960—Lyndon Johnson and Stuart Symington—who warned of a “bomber gap” and “missile gap” with the Soviet Union and wanted to force increases in the Pentagon budget.

Russell slipped section 412 into his committee’s 1959 military construction authorization bill, the only major measure the committee did in those days, forbidding the appropriation of funds for “aircraft, missiles, or naval vessels” unless there had been authorizing legislation. Section 412 was enacted as part of Public Law 86-149 and led to the first NDAA in 1961. This year will mark the 60th straight year that an NDAA has been written into law.

The armed services committees started by authorizing major weapons programs, then extended their reach by adding research and development authorizations, followed with personnel end strengths, and finally included operations and maintenance spending. While it may seem redundant for the House and Senate to have to pass two separate defense bills every year, authorization and appropriations, the system had political benefits.

If the services could win support for a controversial program in the first bill, it made it easier for that result to be accepted in later rounds. Similarly, if a program suffered a major cut, lawmakers began considering shifting money into other programs. Contractors and their lobbyists had four bites at the apple, and a win anywhere gave leverage elsewhere.

Until 1961, the armed services panels had been real estate committees, not policy committees. They helped their home folks with military construction projects. By authorizing weapons procurement, they became a jobs committee, keeping production going on old programs even the Pentagon wanted to end as well as encouraging new technologies and capabilities. Most members of the armed services committees have major military installations or contractors back home. They are expected to protect them and the associated jobs, and they do.

The NDAA passed every year because the authorizing committees were determined to turn their bills into law. They valued compromise. They preached and practiced bipartisanship. They built coalitions. They logrolled, my favored program for yours. I remember a comment on defense spending by a longtime southern lawmaker: “I can do addition and I can do subtraction. But I prefer addition.”

Both the House and Senate will be debating their latest versions of the NDAA later in July, and passage is assured. Even if President Trump vetoes the bill if it contains a requirement to rename military bases originally named for Confederate generals, Congress will still enact an NDAA. On the five occasions when the NDAA was vetoed, lawmakers quickly reported a measure deleting the offending sections and sent the remainder back to the White House for signature.

With the NDAA seen as “must pass,” and the foreign policy committees unable to pass permanent legislation other than sanctions bills, Congress and the Executive Branch shape legislation to fit within the NDAA. They use Pentagon authorities and assign duties to Defense Department offices, as former Secretary Gates complained. During the early 2000s, for example, the Department of Defense provided over 20 percent of U.S. development assistance. In 2018, the NDAA was the vehicle for a major new foreign aid program, the BUILD Act.

The defense bill regularly has several sections on foreign policy matters. Last year’s NDAA had 94 pages of provisions specifically titled “relating to foreign nations.” This year’s House version already has 46 sections in the foreign relations title and the Senate bill has 48.

In the long run, the effort to demilitarize American foreign policy has to start in the Congress and must include measures to strengthen the foreign policy committees and restore the practice of annual foreign policy bills.

But other changes could come sooner, perhaps even as amendments to the NDAA. Congress and the Executive Branch can help demilitarization by creating a National Security budget and building a national security professional corps. Right now, the budget law and congressional thinking divides the discretionary spending Congress must appropriate every year into two rigid categories: defense and nondefense. For the past decade, Congress has imposed dollar caps on the two categories, forcing international affairs and homeland security and veterans programs to compete with domestic programs for health, education, transportation, the environment, and justice.

A National Security budget would aggregate all those programs and keep them separate from clearly “Domestic” activities. It would allow trade-offs between military programs and civilian diplomatic ones, such as using international organizations like NATO or UN peacekeeping operations instead of US troop commitments. It would also put lawmakers with a deeper understanding of civilian international programs at the same table with those whose chief perspective is military oriented.

The executive branch needs other changes to demilitarize foreign policy. It should bring back the partial, then abandoned, effort to build a national security professional force of civilians who rotate between agencies and are broadly trained. Regional Assistant Secretaries from State should lead interagency groups rather than deferring to the structures of the regional Combatant Commanders. It might even help to give the Defense Department only one seat at the table, with the Joint Staff representative sitting in the back bench. That would be a visible reassertion of civilian control.

At a time of deep political polarization, it’s good to have bipartisan cooperation on what could easily be another matter for controversy and gridlock. Defense policy should be bipartisan. The armed services committees’ remarkable record should be a model for the rest of Congress. But with its privileged status, the NDAA has hijacked other measures and has contributed to the militarization of American foreign policy. That wasn’t the intent, but it has been the result.

Dr. Charles A. Stevenson teaches American foreign policy at Johns Hopkins SAIS and is author of Congress at War.