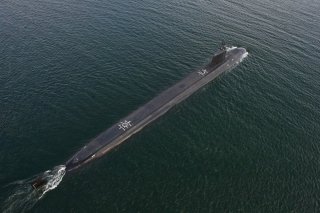 The recent undersea collision involving the U.S. Navy fast-attack submarine USS Connecticut in the South China Sea raises some questions about the value of integrated navigational technology used aboard submarines.

The Seawolf-class submarines were conceived and designed in the 1980s as Cold War assets to defeat the most advanced Soviet submarines. The Navy planned to purchase twelve, but the end of the Cold War meant only three were ever built. Seawolf and USS Connecticut both entered service in the late 1990s.

Seawolf-class submarines and their immediate successors, the early Virginia-class boats, were not built with computerized or digital navigation systems. Starting with the Virginia-class’ Block III, newer boats are engineered with computerized fly-by-wire technology. This means key variables such as depth, speed, and descent can be regulated by computer automation to gather intelligence and map the ocean floor and, perhaps more importantly, prevent unwanted collisions.

The mechanical and hydraulic controls of the Seawolf submarines are different than the computerized fly-by-wire joystick controls of the Block III and beyond Virginia-class boats. This collision may seem to lend further evidence in support of those now calling for a faster production and deployment tempo for high-tech Virginia-class attack submarines engineered with fly-by-wire navigation. While the circumstances of the collision are still unknown, it seems possible that more advanced navigational technology might be able to prevent or decrease the likelihood of collisions.

Alexander Yachanin, then a graduate student at Stanford University, wrote in a 2016 research paper that the fly-by-wire system was one of the key differences in new submarines produced for the Navy.

“The most important feature for maneuvering in littoral waters is the fly-by-wire control system, whereby computers in the control center electronically adjust the submarine's control surfaces, a significant improvement from the hydraulic systems used in the Los Angeles-class,” he wrote.