How North Korean Mines and Artillery Dealt the U.S. Navy a Stinging Defeat in 1950 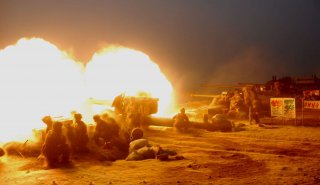