How Project Convergence is Bringing AI to the U.S. Army 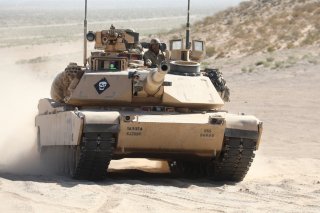 The U.S. Army is working with industry partners to quickly enable data transmission technologies to get information more quickly and efficiently to soldiers immersed in high-speed, fast-changing combat environments.

For instance, the U.S. Army is planning to use a number of “gateway” technologies in its upcoming Project Convergence experiment to quickly connect air, ground, and even surface nodes and attack platforms to one another in real-time. One such system slated for Project Convergence 2022 is the Vertex Corporations Gateway Mission Router 1000, a technology that enables interfaces between otherwise incompatible transmission formats.

Pat Renwick, senior director at The Vertex Company, told The National Interest in an interview that soldiers can “seamlessly log in.” In an abbreviated sense, GMR configures “1s” and “0s” in a manner that allows otherwise disconnected information systems to both secure transmission and enable paradigm-changing levels of technological interoperability.

“You can start and maintain the situational awareness that you had before in the battle space with your software defined radios. You can jump in a Stryker, Bradley or helicopter, and you've got the ability to maintain that connectivity to the battlespace and to your compatriots, basically being able to see an action on any feed that was available to you on that network,” Renwick explained. GMR-1000 uses standard WiFi, Ethernet, Serial, 1553, ICS, and ARINC-429 hardware interface protocols. The vehicle-integrated GMR-1000 uses a Gigabit Ethernet Switch with a five-port router and what Vertex data calls “authentication servers.”

As part of ongoing development and extended software upgrades, Vertex developers are seeking to align and enable the kind of artificial intelligence(AI)-enabled connectivity central to Project Convergence; GMR-1000 is slated to participate in the U.S. Army’s upcoming Project Convergence 2022.

“We will marry this up in the future with AI and set up the structure to give the best decision aids for that operator. And for that warfighter, basically taking stuff off his plate and providing him actionable information that is stored and parsed appropriately for what he's doing at the time. They need anything that cuts down that fog and friction of war, and GMR is one of those products,” Renwick explained.

With a hardware form factor of roughly eight pounds, the GMR-1000 is designed to be what developers call low SWAP, or size, weight, and power. This means the system can integrate into drones, helicopters, and ground vehicles without adding weight or requiring a large hardware footprint.

“It's very small with low SWAP. It is able to be installed in a very small package size that is able to seamlessly fit within the tech spaces available in those types of platforms and vehicles. Right now, we’ve got an installed rack that was developed for adding capability into the UH-60M (Black Hawk),” Renwick explained.