How the Royal Navy's Nuclear Missile Submarines Could Kill Millions 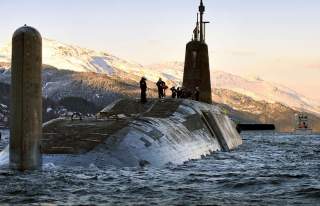 Key point: Even a smaller power like the United Kingdom has enough nuclear weapons to be taken very seriously.