How Russia Is Messing With the Air Force's Drone Radio Links 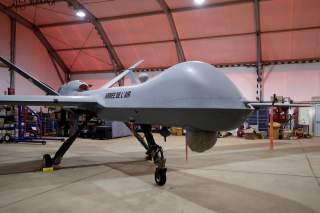 Key Point: America has some of the best drones out there. But Moscow is perfecting ways to interfere with them.

This piece was originally published in November 2018 and is being republished due to reader's interest.

David Axe edits War Is Boring . He is the author of the new graphic novels MACHETE SQUAD and THE STAN. This piece was originally published in November 2018 and is being republished due to reader's interest.