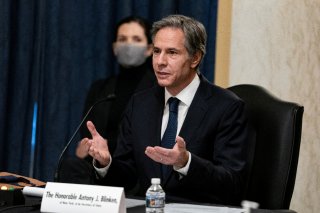 While perhaps not a headline grabber, the Joe Biden-Vladimir Putin commitment to engage in strategic stability talks to limit the threat of nuclear weapons was the most consequential news to come out of their June 16 summit. There is no shortage of challenges that plague the U.S.-Russian relationship, but none are as existential as the nuclear threat, as the two countries possess 90 percent of the world’s nuclear weapons. However, in order to realize the laudable goals outlined in the summit’s joint statement, President Biden needs his national security team in place. Unfortunately, the Senate’s failure to quickly confirm President Biden’s qualified national security nominees undermines U.S. capacity to effectively negotiate and hurts our national security interests. This is especially the case with President Biden’s eminently qualified nominee for the key position of Undersecretary of State for Arms Control and International Security, Ambassador Bonnie Jenkins.

Jenkins has spent her career working to reduce the threat that weapons of mass destruction pose to Americans, and indeed to all humankind. In addition to the work she accomplished in the nuclear field as President Barack Obama’s Coordinator for Threat Reduction Programs, she has played a vital role in global health security, the importance of which has been made quite obvious in the last year by the pandemic. She has also dedicated much of her life to mentoring the next generation of national security leaders and founded the non-profit Women of Color Advancing Peace and Security (WCAPS). She has a catalog of academic and professional accomplishments too long to list. Despite the urgent need for her skills and leadership at the State Department, her nomination is languishing in the Senate.

The agenda which Bonnie Jenkins will help shape and pursue encompasses a wide range of international nuclear, conventional, cyber, chemical, and biosecurity issues. Solutions will be difficult and time-consuming. There may be many potential flashpoints and miscalculations that will require constant and deft diplomacy to defuse. Arms control is certainly a team effort, and we are fortunate to have a number of experts in the ranks. But successful stewardship of these complex, inter-agency security challenges requires a senior Senate-confirmed leader. Russia and China both field deeply experienced arms control negotiators who can speak with authority and it’s critical we can stand toe-to-toe.

Nearly six months into President Biden’s tenure, a dismal number of national security nominees remain unconfirmed. In addition to the gap caused by Ambassador Jenkins’ lack of confirmation, other important national security nominees are awaiting Senate confirmation. Currently, forty-nine Defense or State Department nominees are awaiting action from the Senate and of those, twenty-four have had their initial confirmation hearing held and are awaiting either a committee vote or confirmation from the full Senate. President Biden has only had eleven national security appointments confirmed by the Senate so far, a pace that pales in comparison to previous presidents. Continued delay will impede the U.S.' ability to deliver results for the American people.

Having a full national security team in place is by no means a panacea to ensuring success on the array of tough issues and bad actors that face us from Syria to North Korea to Iran. But quickly confirming the qualified and experienced diplomats that have been nominated, such as Bonnie Jenkins, will ensure that the national security machinery is operating at full strength and delivering for the American people. Putin, Xi, and others will have their top negotiators in place. So should we.

Ambassador Laura Kennedy, who worked with Ambassador Jenkins on biosecurity issues, is the former U.S. Permanent Representative to the Conference on Disarmament in Geneva, and a Foreign Policy for America Board Member.