How Star Wars Explains Why Battleships Are Dead 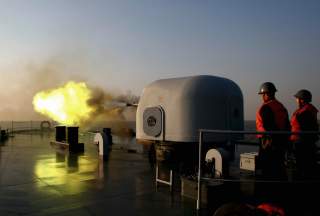 Key Point: The battles in Star Wars: The Last Jedi demonstrate the same problems that World War II planners had to deal with.

This article first appeared in December 2017. It is being republished due to reader interest.