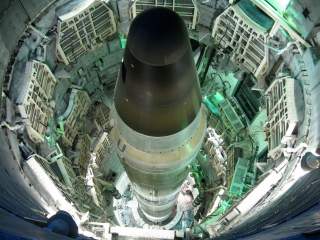 Key point: There are a lot of assumptions out there about nuclear weapons and these need to be corrected to prevent voters from making poor policy choices.

The Bulletin of Atomic Scientists announced last week that it has decided to move its famed “Doomsday Clock” three minutes closer to midnight or, in effect, closer to the “end of humanity.” While this year, the Bulletin focused on the threat from climate change, a spokesperson added that “a nuclear arms race resulting from modernization of huge arsenals pose extraordinary and undeniable threats to the continued existence of humanity.”

Indeed, nuclear weapons still play a limited, yet very expensive, role in our national security. The Congressional Budget Office announced last week that the United States will spend about $350 billion over the next decade to upgrade and maintain its arsenal. But at the same time, there are also misconceptions about the purpose, status and effectiveness of our arsenal. Let’s disarm some of those myths:

Out-going Secretary Hagel perpetuated this myth during his press conference announcing the results of a recent nuclear review: “Our nuclear deterrent plays a critical role in ensuring U.S. national security, and it's DOD's highest priority mission. No other capability we have is more important.” While nuclear deterrence has been a vestige of U.S defense policy since World War II, it clearly does not represent today’s highest priority for the DOD in terms of attention, planning or funding.

Nuclear weapons do not address the threat of ISIL in Syria and Iraq, the Ebola epidemic, the continued insurgency in Afghanistan or Russian expansion into Crimea and Ukraine. Conventional forces, medical assistance and diplomacy are essential in addressing those issues and deserve to be prioritized for current and foreseeable threats to the United States and its allies.

Nuclear weapons have lost much of their value since the end of the Cold War. In fact, a 2012 study conducted by a group of experienced former national-security officials and political leaders chaired by former Vice Chairman of the Joint Chiefs of Staff, General James Cartwright, and including the aforementioned Hagel, declared that “No sensible argument has been put forward for using nuclear weapons to solve any of the major 21st century problems we face [including] threats posed by rogue states, failed states, proliferation, regional conflicts, terrorism, cyber warfare, organized crime, drug trafficking, conflict –driven mass migration of refugees, epidemics, or climate change …. In fact, nuclear weapons have on balance arguably become more a part of the problem than any solution.”

2.The threat of a nuclear weapons attack on the United States is as great as or greater today than it was during the Cold War:

While our current relationship with Russia is strained, it certainly does not rise to a Cold War–level of risk of a nuclear exchange. As Lt. General James Kowalski, Vice Commander of the U.S. Strategic Command, stated in 2013, a Russian nuclear attack on the United States is such “a remote possibility” that it is “hardly worth discussing.” The biggest concern to Lt. General Kowalski is not a nuclear strike, but a self-inflicted wound: “The greatest risk to my force is doing something stupid.”

Accordingly, there is debate about how large an arsenal is necessary for nuclear deterrence. During the Cold War, U.S. and Soviet arsenals reached about 30,000 and 45,000 weapons, respectively. Now, U.S. and Russian levels hover around 5,000. The 2012 study involving out-going Secretary Hagel recommended a ceiling of 900 nuclear warheads as more than enough to guarantee American security, and another study has suggested as few as 311 warheads are sufficient.

Plans to modernize the U.S. nuclear arsenal could cost up to $1 trillion over the next three decades. As Gen. Mark A. Welsh III, Air Force Chief of Staff, explains: “[t]he cost of modernizing the nuclear infrastructure is not small. So I think that will lead to a very honest debate about where can we afford to invest, where must we invest, and how does that relate to a strategy going forward for the nation?”

Pressing forward with current nuclear modernization plans will drain funds needed for conventional forces, leaving our armed services without the funding essential to maintain combat readiness and projected levels of operation. Both the Navy and Air Force are asking for separate funds to be set up to pay for the new nuclear launchers so they don’t undercut conventional forces.

4. Nuclear weapons are safe and secure, and accidents are rare:

The larger the arsenal, the tougher it is to protect, the more expensive it is to maintain, and the more likely it is that there will be accidents. The United States has a less-than-perfect track record of nuclear stewardship; at least 1,200 nuclear weapons were involved in “significant” accidents between 1950 and 1968. Highlights of the United States’ extensive history of nuclear blunders include a 1980 incident in which a dropped wrench led to a fatal explosion of a nuclear missile in Arkansas and a recently declassified crisis in 1961 in which the U.S. Air force dropped two nuclear bombs over North Carolina (combined blast power of 260 times the bomb that devastated Hiroshima) that miraculously didn’t detonate.

While some may argue that these accidents are in the past, blunders continue to plague the nuclear enterprise. The recent firing of two Air Force nuclear commanders along with other officers for incompetence, rampant cheating in both the Navy's and Air Force’s nuclear programs, and a serious “Bent Spear” incident involving an accidental flight of six nuclear-armed cruise missiles across the United States without authorization or proper security, all highlight the inherent risks of maintaining a large nuclear arsenal.  Also, today’s incidents are testimony that the high-priority postings for young officers are not in the nuclear forces.

5. Money can fix the problems with our nuclear arsenal:

New reports have identified more than 100 fixes, costing several billions of dollars over a five-year period, to address some of the issues identified during various investigations. While the review and its recommendations may improve the morale and management of U.S. nuclear forces, throwing money at the nuclear arsenal certainly will not resolve the major issues associated with the outdated structure of our current forces designed for the Cold War confrontation with the Soviet Union. No amount of equipment upgrades or reorganization can instill an operational value in weapons that will never be used. It’s no wonder that Air Force personnel find no satisfaction and see no career advancement in babysitting weapons with no high-priority purpose in today’s world. As the mission of our nuclear weapons changes, so should the size and shape of the arsenal. Until then, we will continue to receive unsettling reports of scandals and inefficiencies within our nuclear enterprise.

Robert G. Gard Jr. is a retired Army Lieutenant General and chairman of the board of the Center for Arms Control and Non-Proliferation. Philip E. Coyle is the Senior Science Fellow, Greg Terryn is a Scoville Fellow and John Isaacs is a Senior Fellow at the Center. This first appeared in January 2015.