How the Tragic Sinking of Two Nuclear Submarines Transformed the U.S. Navy 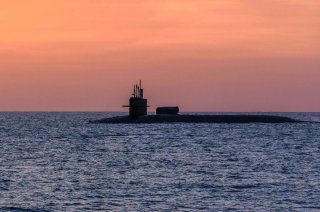 As a remedial measure the court prescribed realistic damage-control training: “submarine diving trainer equipment does not have the capability to simulate the attendant effects of large flooding and associated damage control situations for training.” Like all military folk, sub crews need to practice the way they expect to fight. Reps are pivotal. And indeed, the U.S. submarine fleet adopted terrifyingly realistic damage-control trainers in the aftermath of the Thresher and Scorpion disasters—bolstering crews’ ability to handle similar crises. The deeper the simulated “sub” sinks during a training session, the greater the pressure and the stiffer the challenge. As a result sub sailors are unlikely to be caught unawares should trouble strike on patrol.

And lastly, the Court of Inquiry urged posterity to neglect no opportunity to learn from the catastrophe and investigation. Court members went further, beseeching submariners and the institution not to let conjectures—even the court’s official conjectures—box in how they interpreted the course of events, the problems revealed, and corrective measures initiated. Study and reflection should and must continue: “there is a danger that, in melding together fact and conjecture, conjecture may be stretched too far and become accepted as fact, thus narrowing the field of search for possible causes of the casualty.” The court’s observations and fault-finding, then, “should not deter others, particularly members of the crews of similar ships, from continuing to study the many questions raised by the Thresher’s loss.”

That’s an acutely humble finding coming from a group of senior naval officers—and one worth taking to heart not just in the silent service but throughout all sea services. It prescribes an experimental mindset whereby sea-service personnel form hypotheses to explain something and then try to falsify them. It regards any conclusions as provisional pending fresh information or insight.

That the Thresher and Scorpion crews were lost at sea is a tragedy. That the U.S. Navy learned from the disasters and made itself better means they did not die in vain. Machiavelli would nod knowingly at the institutional inertia that preceded the accidents—and salute the learning process that followed.