How the UN Can Solidify Ethiopia As an African Success Story 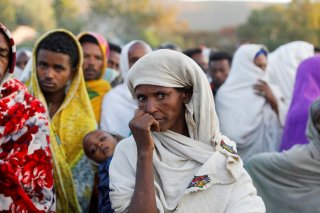 The tragic conflict in Ethiopia’s Tigray province continues as of this writing.  About four hundred thousand are suffering acute hunger as a result, and ten times that number need aid—to say nothing of the lives being put at direct risk from the fighting as well.  Essentially a power struggle between local Tigrayan leaders and the national government, the conflict shows few signs of rapid resolution.  Devising a compromise outcome is difficult in such circumstances.  Meanwhile, sub-Saharan Africa’s second-largest country by population and most impressive recent economic success story (measured in terms of sustained growth rates) is now at serious risk, at a time when COVID-19 further compounds the dangers associated with large camps for displaced persons and weakened public health care systems that could result from warfare.

We do not offer a comprehensive formula for trying to resolve the conflict here.  But we do offer one word of advice as the Biden administration and others consider the tools they have to wield in this crisis:  consider deployment of a UN peacekeeping mission if and when that could be useful in helping to monitor, and cement in place, some kind of future power-sharing accord for the northern region of the country where conflict now rages.

UN peacekeeping is a bargain, and it is often a success—even when forces are small, lightly armed, and present primarily in observation modes.  They can provide neutral eyes when small crises or violations risk turning into big ones.  They can link the behavior of parties to future access to aid, giving financial incentives for the players to cooperate.  They can, with the right commanders and envoys, use personal ties and pressure to ask otherwise recalcitrant or easily angered leaders to double down on their efforts to make a peace deal work.

Today, the UN has six deployments on the African continent.  Of the fifty-seven completed missions across Africa since 1960, many have delivered lasting results.  To be sure, others have struggled to achieve their objectives, and are criticized for poor planning and mismanagement.  But the odds of a peace deal sticking when UN forces are present typically exceed fifty percent.

Indeed, during a Brookings event this past February, Georgetown University Professor Lise Howard presented research showing that since the end of the Cold War, UN peacekeepers have had a two-thirds success rate in completing complex mandates and exiting (eleven of sixteen completed missions). These eleven are:

Today in Africa, the UN deploys missions in places like Mali, the Democratic Republic of Congo, the Central African Republic, and South Sudan. And the price tag is modest: worldwide, today’s dozen worldwide missions cost about $7 billion a year combined, with the US share some $2 billion. That first figure is one percent of the Pentagon’s annual budget; the second figure is closer to what America’s Department of Defense spends on its various costs in a single day.

Howard stressed that it's primarily Africans who are keeping the peace, moreover, as they contribute many of the troops in these missions.

Even before a proper peace deal can be reached, it may be practical and useful to deploy a limited peacekeeping force to escort, protect, and monitor food convoys needed to prevent mass starvation as a result of this tragic and unnecessary war.

Africa needs a few success stories, and in the case of Ethiopia, it has had one until recently.  All that is at risk now.  The Biden administration should not hesitate to support the creation of a new UN mission if that can serve the causes of humanitarian relief and conflict resolution in the Horn of Africa.

Abigael Ajuma is an intern at the Brookings Institution.

Michael O'Hanlon is the Senior Fellow and Director of Research of the Foreign Policy Program at The Brookings Institution. He specializes in U.S. defense strategy, the use of military force, and American national security policy. He tweets @MichaelEOHanlon.