How the U.S. Army Is Preparing for Cyber Armageddon 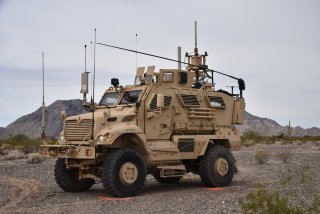 The U.S. Army is working to strengthen and accelerate the development of its fast-emerging combat network. The goal of the network is for ground, air, space, and unmanned platforms to be able to simultaneously share time-sensitive combat data across the force in seconds. Cross continental satellite data links, artificial intelligence-enabled computer analysis, drone-to-manned platform information sharing, and instant attacks through fast-paced “call for fires” are all critical elements of the Army’s network.

This effort has been successfully demonstrated for several years now at the Army’s Project Convergence, a “campaign of learning” intended to advance future concepts of combined arms maneuvers.

Douglas Bush, the Army’s top acquisition executive, explained the importance of “hardening” the network against intrusion and building in redundancy to ensure continued functionality in the event it is disabled or hacked.

“The biggest thing is the right kind of testing early on based on the right kind of standards that are evolving to make sure they keep up with a threat. … Over time, it becomes a constant update task to make sure that our communications equipment is being put through the wringer and is properly vetted and tested,” Bush told the National Interest in an interview. “Now, it won't be perfect … our networks in combat will not work as well as they do in a completely benign civilian environment. The critical thing is making sure that ours works well enough in combat to maintain the advantages it gives us over our enemy because we, of course, are going to be trying to take their network down,” he added.

Bush explained that built-in alternatives will be fundamental to the network’s ability to function in a hostile and highly contested environment. “It's a constant back and forth. … We just have to get comfortable. And I think the Army is comfortable with having systems that are enabled and improved by having network connections, but with backups,” he noted.

As Bush noted, backups are extremely important for developing built-in redundancy. In the event that several nodes within a meshed network are destroyed or disabled, additional nodes can help sustain force-wide connectivity. If a data link is jammed by enemy electronic warfare weapons or a computer network is hacked by an intruder, there needs to be a “backup” to transport time-sensitive information. This could take the form of another frequency, computer protocol, or satellite link established to sustain operations in the event of an attack. On top of this operational approach, senior Army futurists want to maximize the ways in which the force can fight in a circumstance where there is a degraded, compromised, or destroyed network.

“As the Secretary said a couple of times, we want to be network-enabled, not network dependent. Because at the end of the day, you still have to be able to fight, win, and accomplish the mission, even if network [communications] are not working perfectly,” Bush added.