How to Win World War III: Cutting the Internet, From Undersea 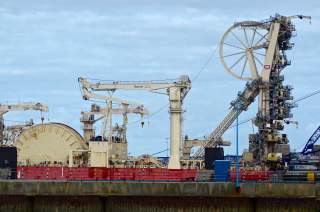 Key point: Cut up undersea hydrophone networks and you deafen your adversary. Cut Internet cables and you have the ultimate denial-of-service cyber weapon.­

Steve Weintz, a frequent contributor to many publications such as WarIsBoring, is a writer, filmmaker, artist, animator. This article first appeared in 2015.