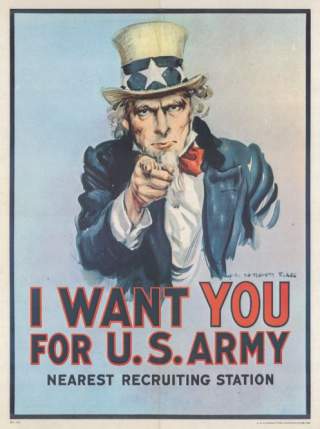 The rise of the internet has facilitated leaks of sensitive political, financial and military documents that have driven political events—from the Wikileaks to the Panama Papers to Russia’s 2016 election-manipulation operations. However, arguably the most world-shaking of political leaks occurred over a century ago.

In early 1917, Imperial Germany believed it had a shot at winning World War I by taking the gloves off its formidable U-Boat fleet and allowing it to wage unrestricted submarine warfare targeting civilian merchant ships. This practice had earlier been discontinued because the sinking of third-party ships like the Lusitania in 1915 nearly drew the United States into the conflict. This time, the German Navy argued the benefits of going all-out with submarines would allow a swift victory in Europe before U.S. forces could possibly arrive.

And what better way to delay a U.S. response it in a war with Mexico? Mexico remained in the closing years of a tumultuous revolutionary war begun in 1910. Cross-border raids by Pancho Villa led President Wilson to dispatch a military expedition onto Mexican soil to hunt him down—angering and humiliating the Mexican government, now led by newly-elected President Venustiano Carranza.

Germany had long cultivated influence in Mexico, and incited clashes with the United States, which leaned pro-British. As Berlin braced itself for likely U.S. entry into the Great War once German torpedoes began sending U.S. merchant ships to the ocean floor, Secretary of Foreign Affair Arthur Zimmermann decided it would be fruitful to entice a U.S.-Mexican conflict more explicitly

Zimmerman drafted a telegram which included the following passage:

We shall endeavor in spite of this [unrestricted submarine warfare] to keep the United States of America neutral. In the event of this not succeeding, we make Mexico a proposal of alliance on the following basis: make war together, make peace together, generous financial support and an understanding on our part that Mexico is to reconquer the lost territory in Texas, New Mexico, and Arizona.

Mexico had been forced to transfer Arizona and New Mexico to U.S. administration in the Treaty of Guadalupe Hidalgo, following the U.S. invasion of Mexico from 1846–1848. Texas was a former Mexican territory that fought a successful war of secession and later joined the United States.

But how was Zimmerman to get his message to Mexico? Using American diplomatic cables!

At the beginning of World War I, the United Kingdom had cut Germany’s underwater trans-Atlantic communication cables. However, the idealistic President Woodrow Wilson gave the Germans access to the U.S. embassy’s cables to facilitate a negotiated resolution of the Great War. Usually, the German messages could not be encrypted—but Zimmerman arranged for an exception.

On January 16, Zimmerman’s telegram went from Berlin to Copenhagen to a cable station in Porthcurno, England. From there it went to the Germany embassy in Washington, which retransmitted it to a consulate in Mexico City.

However, U.S. embassy cables were being systematically intercepted by the secret Admiralty cryptanalysis section called Room 40. Furthermore, the British had acquired the codes for diplomatic cipher 13040 from the impounded luggage of German agent Wilhelm Wassmuss.

Within twenty-four hours, British codebreaker Nigel deGrey decrypted the telegram and realized he had a bombshell on his hands. But London sat on the prize for weeks, pondering how to convince the global public the telegram was genuine without exposing its cable-tapping and knowledge of German ciphers.

Meanwhile, President Carranza received Zimmerman’s message and consulted with his generals. They all agreed it was a dumb idea: Mexico’s armed forces were still fighting a civil war, and even at full strength weren’t up to defeating the U.S. military, let alone occupying a large swathe of territory. Furthermore, Germany was unlikely to provide the promised aid.

Nearby in Mexico City, a “Mr. H” (possibly British ambassador Thomas Hohler) bribed a local telegraph office employee to obtain a copy of the message. This gave the British a cover story regarding how they obtained the telegram.

On February 20, British foreign minister Arthur Balfour presented the document to U.S. ambassador Walter Page, who subsequently informed Wilson. They were told a cover story that the telegram had been obtained via three separate channels.

Wilson shared the telegram with the U.S. public on February 28—the newspapers stories published the following day inspiring widespread outrage.

However, many in the U.S. public believed German and Mexican protestations that the telegram was fake news, a British misinformation operation. Opponents of the U.S. involvement included many Irish and German Americans, as well as socialists who argued the push for war was driven by profiteering industrialists.

However, on March 3 Zimmerman admitted in a press conference that the telegram was legitimate. His unusual candor, meant to convey the possible consequences of U.S. entry into World War I clear, backfired, removing doubts about the Zimmerman telegram’s authenticity.

While Germany’s unrestricted submarine warfare was the underlying cause of U.S. intervention, the Zimmerman telegram turned public opinion decisively in favor of war, hastening Washington’s entry to the conflict. Not for the last time, leaked communication had changed the fate of nations.