How Worried Should America Be About Iran's Army? 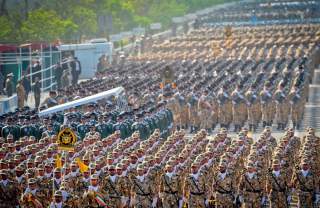 Key point: Much like China’s army in the 1980s, the Iranian Army and other ground forces are large but poorly armed.

Kyle Mizokami is a defense and national-security writer based in San Francisco who has appeared in the Diplomat, Foreign Policy, War is Boring and the Daily Beast. In 2009 he cofounded the defense and security blog Japan Security Watch. You can follow him on Twitter: @KyleMizokami. (This first appeared back in 2017.)