How Worried Should the U.S. Navy Be About Chinese Sea Mines? 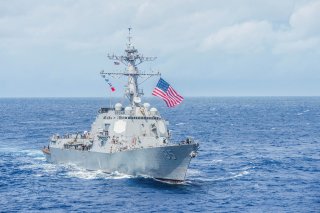 Key point: China wants to push the U.S. Navy far from its shores.

Lyle J. Goldstein is Associate Professor in the China Maritime Studies Institute (CMSI) at the U.S. Naval War College in Newport, RI. The opinions expressed in this analysis are his own and do not represent the official assessments of the U.S. Navy or any other agency of the U.S. Government. This article first appeared several years ago.

Editor’s Note: The following is part of an occasional series called Dragon Eye, which seeks insight and analysis from Chinese writings on world affairs. You can find all back articles in the series here.