How Would America's M60 Patton Tank Perform On A Modern Battlefield? 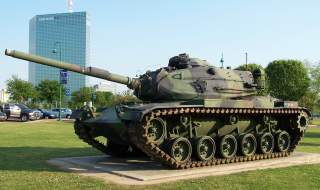 Key point: More powerful engines will help the Patton keep up with other mechanized units on the battlefield. However, even with the upgrade, the M60’s power-to-weight ratio isn’t stellar.