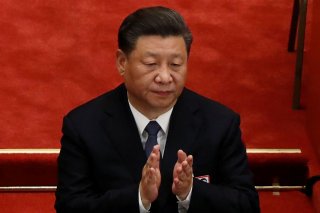 When Xi Jinping ascended to power in China in 2013, there was no doubt that this century would be China’s century. The country was an undisputed economic heavyweight on a historically unparalleled upward trajectory. And the rest of the world mostly welcomed the steady and peaceful shift of global power from West to East. But all that has changed now, and almost all of it can be traced back to Xi himself.

The problem with Xi and his entourage is that they perceive China’s history and future trajectory from a Han-nationalist point of view. In that frame of thought, China rise since the economic reforms of Deng Xiaoping are not merely a triumph of reform and governance which has served the Chinese people well, but they are a revanche. Success is “payback” for the two centuries of “humiliation” that China, the rightful leader of the world, and the Han people have suffered at the hands of the West.

It is therefore not enough for China to win the global geo-political game within the global rules-based system, as China had so successfully done in the three decades leading up to Xi’s accession to the presidency. Rather, now China had to “assert” itself.

It started benignly enough: the Belt-and-Road initiative whereby China would build the trade infrastructure to serve the next century of Eurasian trade is a good idea in principle, and could have been a huge boon to many developing countries along the routes between China and Western Europe. But within just a few years, that degenerated into a crude mechanism of “debt diplomacy” reminiscent of nineteenth-century European imperial practice, complete with demands for territorial concessions.

In the meantime, over 1 million Uyghur citizens continue to be imprisoned in brainwashing concentration camps in Xinjiang for the crime of not being Han. Moreover, Hong Kong is being crushed for clinging on to the idea of “two systems” in the “one country, two systems” arrangement under which Britain ceded the island to Beijing in 1997. Finally, Taiwan is threatened with invasion for the temerity of being Taiwan. Then there is the relentless censorship imposed on any companies operating in China, including the largest Western multinationals, Beijing continues its forceful military expansion in the South China Sea, and the trade wars rage on. These are just some of the many other aspects of unwelcome Chinese “assertiveness.”

The important thing to note about all of these is that they are rooted in that peculiar Han supremacism of Xi himself, and they are all detracting from, and indeed pre-empting what would have otherwise been China’s inevitable rise to global hegemon.

Back in 2013, it was really only the most die-hard Atlanticists that were hostile to the historical trends that showed the rise of China. Many Europeans were relaxed about it, East and South East Asia were uneasy but reconciled with it, and even the Obama administration in the U.S. understood and accepted that future, and was mainly concerned with keeping that shift of power peaceful while protecting American interests within that expected reality.

Nowadays, just about anyone who has had to transact with China, from governments near and far, to businesses, to NGOs and even ordinary citizens of the rest of the world, are extremely anxious about—and hostile to—further Chinese intrusion and “assertiveness.” All of that because Beijing has been crudely premature about their place in the world, and because Xi himself, both in person and in the leadership direction he gives to the rest of the Communist Party (e.g. through “Xi Jinping thought”) takes an approach of “might makes right” and “the strong do as they please, the weak suffer as they must” to international issues without any diplomatic sensitivity or foresight.

And then, the coronavirus pandemic kicked off. And whereas the original SARS epidemic emerging from China in 2002 was mishandled badly enough by the authorities at the time, that pandemic never reached the global impact of our current one because Beijing managed to cooperate successfully with the WHO and the rest of the world to nip it in the bud and limit its spread. By contrast, Xi Jinping’s government holds a great deal of responsibility for the global spread of this pandemic this time because they attempted to cover up the emergence of the virus in the early weeks of its spread, being more concerned with optics and PR than with the health of their citizens.

It is too early to say whether all this is enough to entirely derail the rise of China to global prominence this century, but it is fair to say that the rest of the world is certainly not looking forward to it any more, greatly slowing the impetus of such a development. And all this because of the misjudgement and mismanagement of Xi. For this reason, it is much more likely that history will remember Xi not as the man who restored China to greatness, as he so desperately seems to desire, but as a sort of Kaiser Wilhelm II, who instead of waiting patiently for the inevitable triumph of his own country, he felt compelled to aggressively push that triumph down everybody else’s throat, and in the process brought ruin to his country.