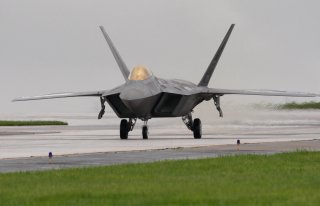 Here's What You Need To Remember: The incident has also spotlighted the Pentagon’s struggles with operational readiness. Of the fifty-five Raptors at Tyndall, only 60 percent were able to fly out of the base with a few days’ notice.

Sébastien Roblin holds a master’s degree in conflict resolution from Georgetown University and served as a university instructor for the Peace Corps in China. He has also worked in education, editing and refugee resettlement in France and the United States. He currently writes on security and military history for War Is Boring. (This first appeared late last year.)