A Hurricane vs. the F-22 Stealth Raptor: Who Wins? 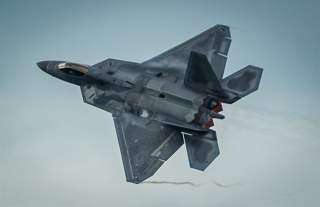 (This article was first published last year and is being republished due to reader interest.)