A 'Hybrid' Fleet is the Future of the U.S. Navy 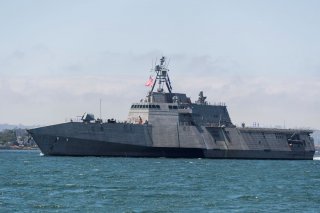 James Holmes is J. C. Wylie Chair of Maritime Strategy at the Naval War College and coauthor of Red Star over the Pacific. The views voiced here are his alone. This piece was originally published in November 2018 and is being republished due to reader's interest.