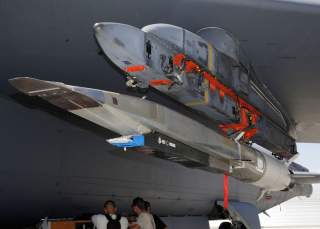 ​Many Hypersonic weapons are engineered as “kinetic energy” strike weapons, meaning they will not use explosives but rather rely upon sheer speed and the force of impact to destroy targets, developers explain. A super high-speed drone or ISR platform would better enable air vehicles to rapidly enter and exit enemy territory and send back relevant imagery without being detected by enemy radar or shot down.

Essentially, the idea is not to destroy the hypersonic weapon with an explosion, but rather cause an “instantaneous” angle change in the complex, interwoven mixture of air-flow variables. This, quite significantly, can cause an entire vehicle to break apart. A number of things could cause this, such as a laser, rupture of a booster, missile explosion in the vicinity of the weapon in-flight or some other kind of disruption. -- To read Warrior's full report on Defending Hypersonic weapons - CLICK HERE --

Overall, the Pentagon and military services have been massively fast-tracking hypersonic weapons development, given the far-reaching warfare implications associated with firing weapons able to travel at five-times the speed of sound; numerous programs have been underway, and the most current estimation is that an initial set of hypersonic weapons will be operational by the early 2020s. Earlier this year, the Air Force conducted its first prototype hypersonic missile flight test; the service launched a sensor-only prototype of the AGM-183A Air Launched Rapid Response Weapon from a B-52.

The advantages of these weapons are both self-evident and multi-faceted; they include much greater stand-off ranges for attack as well as a vastly increased ability to defeat, circumvent or even destroy enemy defenses. Hypersonic attack naturally reduces any kind of response time afforded to an enemy, possibly hitting or disabling a target before an enemy has a chance to respond.