I 'Fought' at the Battle for the South China Sea (the U.S. Navy Was Crushed) 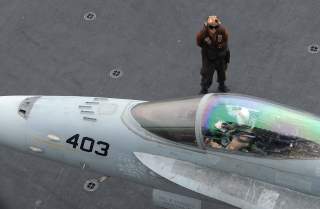 Finally, with the last of Freedom’s missiles expended, Changde goes down. But Quinzhou, the Type 056 corvette, has arrived at the shoal and engages Freedom with its 76-millimeter gun. Due to the short range of the 57-millimeter gun, Freedom can’t return fire.

At this point I release Halsey’s Hellfire-armed helicopter. It’s at risk of being shot down, but I have no choice if I want to save Freedom. It can’t sink Quinzhou, but it might inflict enough damage that would allow Freedom to get away.

The game crashes. Instead of frustration, I feel relief. The a**-kicking has ended.