I Got the Coronavirus Vaccine, Here’s Why You Should Too 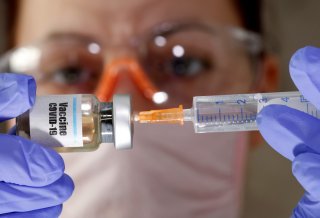 Coronavirus vaccination, long thought to be the key to getting us out of the pandemic, has been underway now for months. And despite bottlenecks at various stages of the supply chain, there are indications that vaccinations are beginning to make a difference.

Pfizer and Moderna’s vaccines have already been deployed, with more to come. And while we’re by no means out of the woods yet, it’s becoming clear that deaths, cases, and other metrics are finally beginning to recede.

Late last month, I decided to do my part and signed up to receive the vaccine. My wife and I had gotten word that a hospital near us had doses available, and since we were both eligible, we signed up to receive our first dose at the end of January, and the second in mid-February.

We live in the Philadelphia area, where there have been quite a bit of complications related to distribution. In addition to reports of distribution bottlenecks, there was a scandal last month where a group called Philly Fighting COVID—which had gotten kid-gloves treatment from both the local and national media—turned out to be run by a guy with no health care experience, who had lifted vaccine shots from the venue to take to friends. I’ve also had relatives make appointments, only to have them canceled when the venues ran out of supply.

Our experience was better—and generally uneventful. I went for my first shot the last week of January, where the Pfizer shots were distributed in a basement room. There was no line, I was in and out of the room in about ten minutes, and I didn’t even feel the shot. After I was asked to sit in an auditorium for fifteen minutes, and then was on my way. Aside from a slight amount of soreness in the injection site, I had no side effects.

My second shot was a bit more complex. I was scheduled for noon on Thursday, around the same time that Philadelphia was scheduled for a day of snow. Thinking it would be better to drive earlier when there was less snow on the ground, I got my injection moved up to 8 a.m.

This shot was given in a different room at a different floor of the same hospital, and before I got the shot, and was asked to wait in the same auditorium.

I was fine for most of that day, but that night I had awful chills, at least until I fell asleep. The following morning the chills were gone, but I woke up with an awful headache. Luckily, that too dissipated soon afterward. This is consistent with what’s to be expected for many recipients of the second shot. And after all, if you feel the symptoms, that means it’s working.

At no point in the process, whether signing up or getting either of the shots, was I asked to remit payment, or even to produce insurance information. Even the parking was free.

So don’t worry about unreported side effects, or microchips, or any of the other nonsense. Vaccines are the way out of this, and to being able to go to movies, baseball games, and family gatherings again.

Stephen Silver, a technology writer for The National Interest, is a journalist, essayist, and film critic, who is also a contributor to Philly Voice, Philadelphia Weekly, the Jewish Telegraphic Agency, Living Life Fearless, Backstage magazine, Broad Street Review, and Splice Today. The co-founder of the Philadelphia Film Critics Circle, Stephen lives in suburban Philadelphia with his wife and two sons. Follow him on Twitter at @StephenSilver.