I Lost My Child Due to a Driver High on Marijuana. 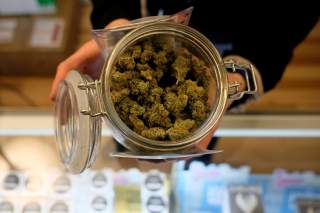 Seven years ago, I got a call every parent fears: I lost my daughter to a driver who was high on “legal” marijuana. With this new pot vaping crisis, I’m worried more parents will lose their children if we don’t stop the growth of the marijuana industry.

Across the nation, a growing number of vaping-related illnesses and deaths have left government officials scrambling to fix a problem they should have seen coming.

After years of dubious claims by both the vaping and pot industries, we are now feeling acute consequences. America is beginning to wake up to some of these concerns. That is, everyone except the banking industry, which senses a massive investment opportunity: legalized pot.

While parents like me are losing their loved ones, the marijuana industry and its promoters are pushing a bill granting increased investment into the industry, dispensaries in Oregon and Colorado are furiously pulling contaminated vapes from their shelves, and pot growers are shipping their over-production of high-potency marijuana to and through non-legalized states.

The legislation, which would create an exception to U.S. banking law to allow lenders to make loans to marijuana firms even though it remains against federal law, is part of an aggressive effort to commercialize today’s new super-potent pot.

This would give pot shops and their corporate parent companies access to more investment capital even though marijuana has been proven to be addictive and harmful by medical science and is being used increasingly by young people in the form of flavored pot vapes. Today’s marijuana isn’t your Woodstock weed.

As a mom, it is difficult to understand why lawmakers have decided that now, with an epidemic in drug use going on, is a good time to push for legislation that amounts to backdoor legalization and a reward for this industry.

The vaping crisis is broader than flavored tobacco products. Marijuana vape oils account for more than 80% of the cases of the mysterious lung illnesses.

The Centers for Disease Control and Prevention recently warned against vaping any tetrahydrocannabinol (THC) oils. Even the American Vaping Association’s national spokesperson warned the public, “If you don’t want to die or end up in a hospital, stop vaping illegal THC oils immediately.”

Some are quick to blame the black market, but at least three deaths and numerous cases of illness are linked to “legal” pot products.

Crapo is considering advancing legislation that will ensure the explosion of the commercial pot market without addressing the long-lasting consequences that have been the hallmark of Big Tobacco and Big Pharma.

The SAFE Banking Act fails to acknowledge the industry’s practice of working around state regulations to continue marketing flavored, potentially deadly pot vaping oils, and pot candies that appeal to children. We should not reward them with this legislation.

If Crapo and others in the Senate empower Big Marijuana, they could be setting up Americans for a lifetime of negative consequences.

Corinne Gasper lost her daughter to a marijuana-impaired driver and is now an advocate with Smart Approaches to Marijuana, which opposes the legalization of recreational marijuana. This first appeared in The Daily Signal here.