I See You: Russia's Best (Non-Stealth) Fighter Might Be Able to Track an F-22 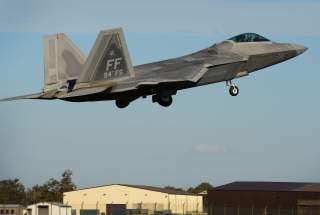 “Now if you combine two aircraft, the fusion algorithm, now you have lines of bearing from two different sources. Where those two sources cross, the algorithm is going to compute a weapons quality track on that aircraft. So that’s a huge advantage for the warfighter to see that long before you’re in the enemy’s radar range.”

Dave Majumdar is the former defense editor at the National Interest.