I Toured the Texas-Mexico Border. Here Are 8 Things I Learned. 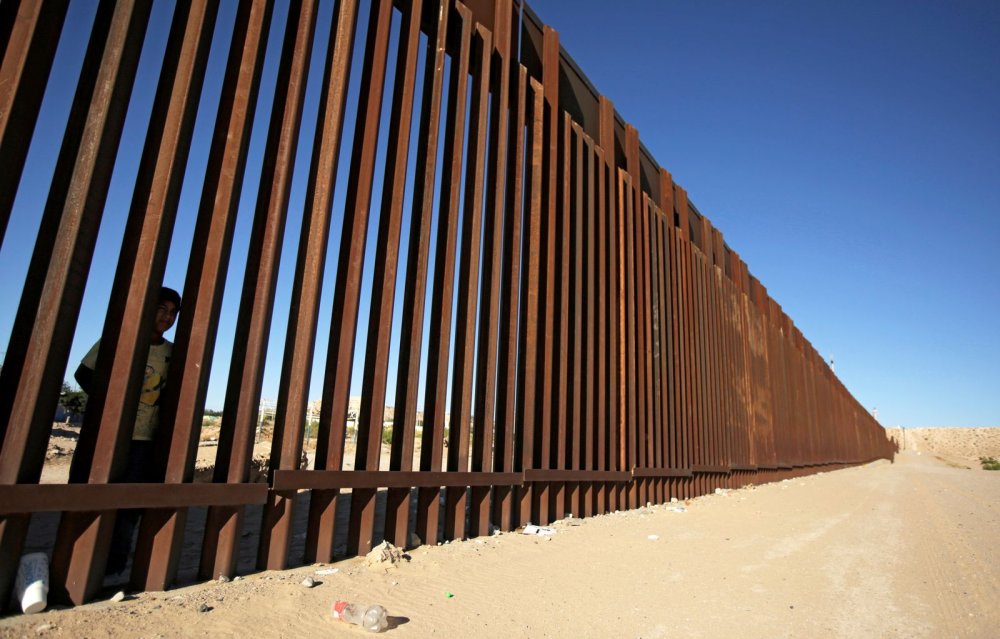 LAREDO, Texas—Guarding this sector of the southern border involves a set of challenges that is quite different than nearby stations in the Lone Star State.

I learned this during a tour of the border last week that included this city of about 250,000 across from Nuevo Laredo, Mexico, just a few hours away across the Rio Grande Valley station.

I traveled along the 171-mile stretch of border as a reporter for The Daily Signal, and here’s some of what I learned firsthand from Border Patrol agents who guard it.

The violent Cartel del Noreste controls and profits from illegal immigration across the southern border.

“The Laredo sector is unique compared to our bordering neighbors to the left and to the right of us, up river and down river, in that we sit right across the border from the headquarters of the Cartel del Noreste, formerly known [as] the Zetas Cartel,” Joel Martinez, deputy chief of the Border Patrol for the Laredo sector, told me during an interview.

“They are the main reason we are not getting the massive humanity coming at us,” Martinez said of the drug cartel, “because they control that part of the border so violently.”

So last month they discovered through interviews with aliens that a lot of people were being held against their will until they could pay the Zetas, or the Cartel del Noreste. That being said, our agents were actually able to identify the smugglers and the keepers of these houses. And working with FBI and other federal partners, and also our Mexican partners, we were able to identify exactly where these stash houses were, and who these smugglers were.

And keep in mind, they’re pretty ruthless. If you don’t pay, they start punishing these people severely until the families pay. So we just got a conviction on two of them on our side, on the American side; when they did come across, we were able to identify them.

Tuesday, May 28, marked the 95th anniversary of the Border Patrol, now part of U.S. Customs and Border Protection in the Department of Homeland Security.

“In the Rio Grande Valley, if you go down to the river banks with our Border Patrol agents, you’ll have people walking up to you. That is the opposite of what’s happening here,” Martinez said. “Here, people are actually trying to get away from us.”

“We’re getting the people that are being kept at stash houses, that are being put [inside] 18-wheelers as cargo because they do not want to get caught,” he said. “So it’s a total opposite dynamic that we have here in the Laredo sector.”

The drug cartel potentially makes more money from smuggling in migrants than from smuggling in drugs, Special Operations Supervisor Narcizo Ramos told me. That’s because people trying to get into the U.S. are ready to pay the cartel.

The city across the shallow river, Nuevo Laredo, is the hub for Cartel del Noreste, formerly known as Los Zetas.

“If someone tries to cross without them, and they get caught, they will be punished by the cartel,” Ramos said. “Normally, they will just hold them on the Mexican side for ransom and say pay the money, call your family. But, they want to teach them a lesson because that’s their business right now and it makes them millions of dollars.”

The drug cartel generally avoids coming to the U.S. side of the border, instead hiring a smuggler—typically a juvenile—to transport migrants illegally into the United States, Ramos said.

The more illegal immigrants cross in this sector, the richer the cartel becomes.

“A lot of kidnapping, a lot of drugs, a lot of murders,” Ramos said. “The people of both Laredos want border security. They don’t want a chaotic border. They understand that illegal immigration and human smuggling brings crime in this area.”

As an out-of-towner, what most jumped out to me was just seeing how close the border—marked by the Rio Grande River—was to residential areas, shopping centers, and schools.

If illegal immigrants are able to get across into Texas, they don’t have far to go to blend into the population. The Rio Grande is as low as a foot deep and rarely higher than 5 feet along much of Laredo, which allows migrants to wade across.

Laredo has a population of 250,000. The Nuevo Laredo metropolitan area, across the river, is more than twice that.

“Laredo is not a common border town,” Garza said. “Truck traffic is the No. 1 land import into the United States. That’s why there is so much truck traffic, vehicles, businesses here and there going back and forth. All of that is an advantage to the smugglers. It just helps them blend in a lot quicker. It’s not your average border town of 10,000 or something like that.”

If illegal immigrants can make it through the brush, Ramos said, they get into the residential areas.

“Come after school, you’ve got kids practicing for Little League [on a school baseball field], parents bringing their kids to practice,” Ramos said, pointing. “The smugglers will try to blend in with the people in the park.”

3. Where the Cane Grows High

The Texas Legislature passed a bill in 2015 establishing the Rio Grande Carrizo Cane Eradication Program to combat the carrizo cane that grows dense and tall and spreads quickly.

The clearing of the vegetation, which looks like corn stalks, has helped, but many property owners oppose clearing it on their land. And that leaves plenty of areas to get lost in for a short amount of time.

Brush that grows 15- to 20-feet high also makes border crossings difficult to view from the cameras.

“This brush area is no more than 50-100 yards. Lose me, and they are in town and get into a vehicle, or a stash house,” Ramos said. “If I want to get into a stash house, I need a warrant. First of all, I gotta find out what house he went into. To get a warrant, I gotta see him go in there. Otherwise, what’s my probable cause to get a warrant? They know our laws. They know our limitations.”

The control room monitoring remote camera views was the first room I saw. Given the lack of technology, officials at the sector say they’re missing out on spotting many illegal border crossers.

I later got a look at the lighting stands used to illuminate the surroundings for agents patrolling at night. The lights hardly seemed imposing.

So far in fiscal year 2019, which began Oct. 1, the Laredo sector has apprehended 24,000 illegal border crossers.

“One of our biggest challenges is the lack of situational awareness,” Greg Burwell, division chief of the Border Patrol’s Laredo sector, said. “With the cameras we have, whether they’re infrared, night vision, thermal cameras, we can only see about 30% of the 171 miles [of border] that we have.”

“So the real question to ask is if we can see 30%, and we’re apprehending about 125 to 150 people a day, how many people [crossing the border] are we missing? And definitely it makes our job very difficult when we know that there’s 70% that we’re not seeing.”

Two physical bridges over the river at Laredo connect Texas to Nuevo Laredo in Mexico. From the Laredo side, you can look over the short stretch of water and see the customs building in Mexico.

I didn’t witness any chase scenes or any action firsthand—which I honestly had hoped for. At bridge No. 2, though, I saw Border Patrol agents escorting what looked to be five illegal immigrants back to the Mexican side.

A significant number are already in the United States before being caught and sent back.

“We’re up to 24,000 illegal immigrants apprehended in Laredo,” Ramos said. “We didn’t see 24,000 people crossing. They’re evading us. They didn’t do it in plain sight. They’re hiding in nighttime hours. They are hiding in the brush.”

“One smuggler had 18 people in the back of an 18-wheeler,” Martinez said. “The temperatures are already averaging above 90 degrees daily. So inside a locked 18-wheeler, it can go up to 120 degrees in a matter of minutes.”

Laredo is one of the busiest areas for importing products from Mexico into the United States by truck, which is one reason it’s so easy for the cartel to smuggle illegal immigrants into the city.

The agents drove up outside a sea of parked 18-wheelers to point to one of the biggest problems.