I Tried to Sign Up for Verizon Fios TV Service. My Experience Proves Why Cable TV is Dying a Quick Death. 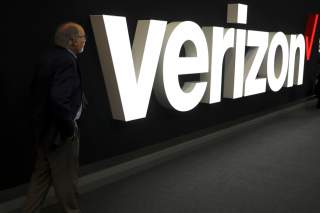 Back in my home state of Rhode Island, I had the recent experiences of helping a relative leave the land of cord-cutting and rejoin the ranks of cable TV subscribers. Surely, this is not something that happens very often anymore. However, I think its a story worth telling as it gave me a lot of insights on why the pay-for-TV via cable is dying—and fast.

Her situation: my relative had canceled their Cox Communications bundle at over $200.00 a month and signed up for Verizon Fios gigabit-speed internet to stream Netflix, Disney+ and Amazon Prime. She quickly discovered she missed many of her traditional cable networks as well as local sports programs like NESN, where the Red Sox and the Bruins are broadcast. She asked me to call Verizon, with her permission granted during the call to speak for her—knowing my years in this field—to see what sort of deal I could get for a bundled service of cable TV, high-speed internet and home phone service.

Now, you would think I would be treated like gold, a customer who wants to come back to the land of cable and wants a home phone line. Nope, it was a disaster.

We started this mission impossible on a Tuesday at 10:00 AM. We called the Fios customer service line, selected the prompt that we wanted to upgrade our service. We wanted about ten minutes, and a representative came on the line. Even though we had already verified our information, we were asked the standard verification questions—name, address, phone number, etc, which took some time. Then, my relative gave permission for me to talk to the representative and down the rabbit hole we went.

I explained what my relative wanted, what they had now, and asked what the current promotion was. The rep took a few minutes, placing me on hold to look at current offers. She came back and explained she had “wonderful news.” They could offer us a discounted rate of $94.99 for cable, the same speed of internet and home phone.

Now having been in this industry, I knew the offer was too good to be true. I politely asked what it included. The rep explained a tier of cable channels we could choose from along with HD channels, the same speed of internet along with unlimited phone service with a free DVR. The rate was locked for two years, as it was protected since a two-year agreement was required, at least at the time.

I had questions immediately. First, I asked the rep, how long is the DVR free for. I was placed on hold. When the rep came back, she said as a special incentive it would be for one year only. When I asked how much more it would increase the bill, she said it would depend on the current price of the service in a year. What?

I then asked the money question: is that price of $94.99 the total price? She said yes. I asked her to reconfirm, as I know taxes fees and box rental can add up. The rep sighed and explained that the $94.99 did not include taxes and “additional fees.”

With all of that said, my relative became disgusted and we politely ended the call. Fios just lost a customer, as if you can’t get a truthful price, well, you get the idea. She ended up going back to Cox. Bad move, Verizon. Bad move.